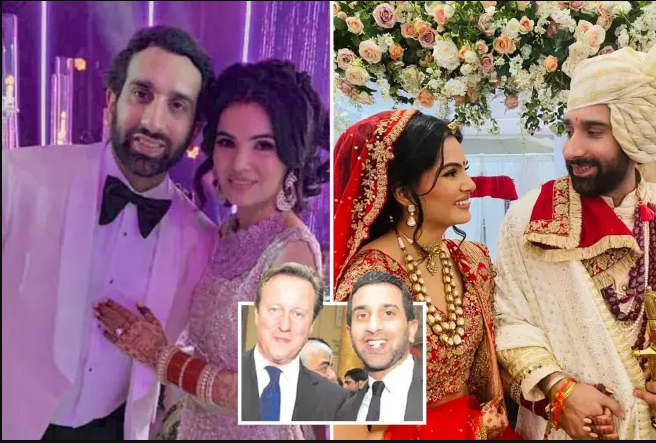 A multi-millionaire hotel boss has died hours after partying in an exclusive London nightclub  just weeks after his lavish wedding.

Property tycoon, Vivek Chadha, 33, ran the multi-million-pound Nine Group, which had an extensive portfolio of hotels and properties. He suddenly collapsed at an address in central London in the early hours of Sunday October 24, hours after being spotted enjoying a night out in the swanky Annabel’s nightclub in Mayfair.

Sources close to Vivek suggested his mysterious death was due to natural causes ahead of a post mortem expected in the coming weeks.

The businessman, who also owned a slice of Pizza Hut, tragically leaves behind his new wife, Stuttee Chaddha, 29, who he wed just eight weeks ago in a stunning Sikh ceremony.

Friends described the extravagant week of celebrations at the five-star JW Marriott Grosvenor House hotel, on London’s Park Lane as a “fairytale wedding”.

His heartbroken bride told MailOnline she is “in shock” and “still trying to make sense” of Vivek’s passing after his mysterious death.

Stuttee said: “We only got married eight weeks ago and it was beautiful. Now I’m having to deal with the loss of the love of my life.”

She was comforted by Vivek’s tight-knit relatives and his parents Gursharan, 61, and Jasbir, 58, who said they are “in too much pain” to discuss their son’s death.

A source claimed he had not died at his central London home but was at another location in the capital when he collapsed.

Vivek’s illustrious business, Nine Estates Limited, raked in £2.5million from 2017 to 2019 according to accounts from Companies House with a £1.3 million gross profit.

It also owns a pub in Surrey under their belt, the Halt & Pull, as well as recently striking a deal with Pizza Hut – which Vivek had already devised massive expansion plans for.

The 33-year-old founded the illustrious Nine Group with his father in 2012 and managed to mould it into one of the largest private hotel companies in the country. The firm now owns 18 hotels across the UK, as well as having extensive commercial and residential investments.

My money can’t be from married men