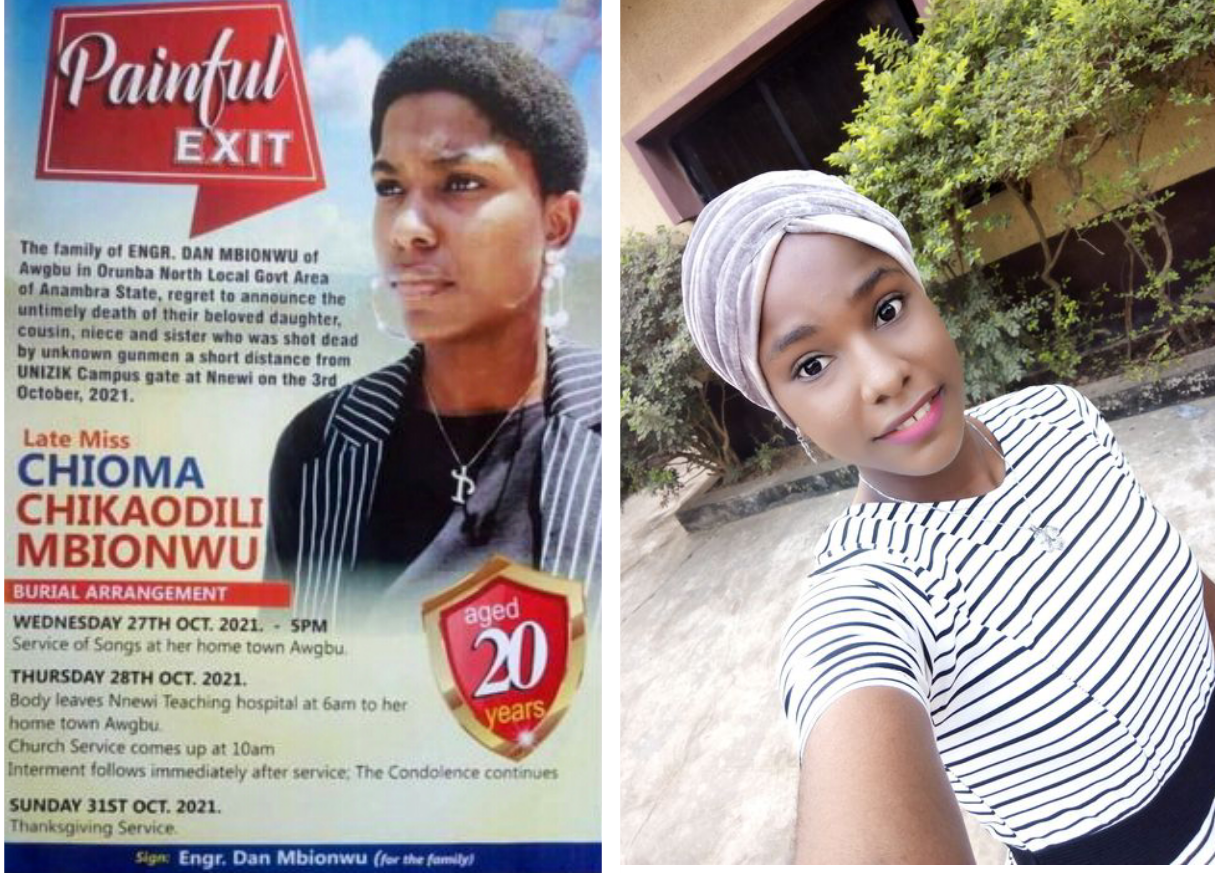 The 20-year-old student, Chioma Chikaodili Mbionwu, who was killed by unknown gunmen will be buried this week in Anambra State.

Miss Mbionwu, a 300 level a medical rehabilitation student at the Nnamdi Azikwe University died after she was hit by stray bullet close to the Nnewi Campus gate when gunmen attacked Unit offices of the Department of State Services (DSS) and Federal Road Safety Corps (FRSC) on Sunday, October 3, 2021.

The talented footballer will be laid to rest in her hometown, Awgbu in Orumba North Local Government Area of the state on Thursday, October 27.

Meanwhile, a friend of the deceased who was with her when the incident happened debunked media report that Chioma was killed because she tried to make a video recording of the gunmen.

“Chioma was never making any video of anyone. Her phone was in her bag as we were running for safety. We were coming back from Church service that fateful day, we stopped at a cobbler to mend a footwear, then we heard the gunshots from UGM, which made us to run into a nearby shop for safety. They were after someone and were shooting sporadically. Chioma was just a victim of stray bullet.” the friend narrated.

Watch a video of late Chioma speak after scoring goal during a football match…as posted by her sister, Chiamaka.