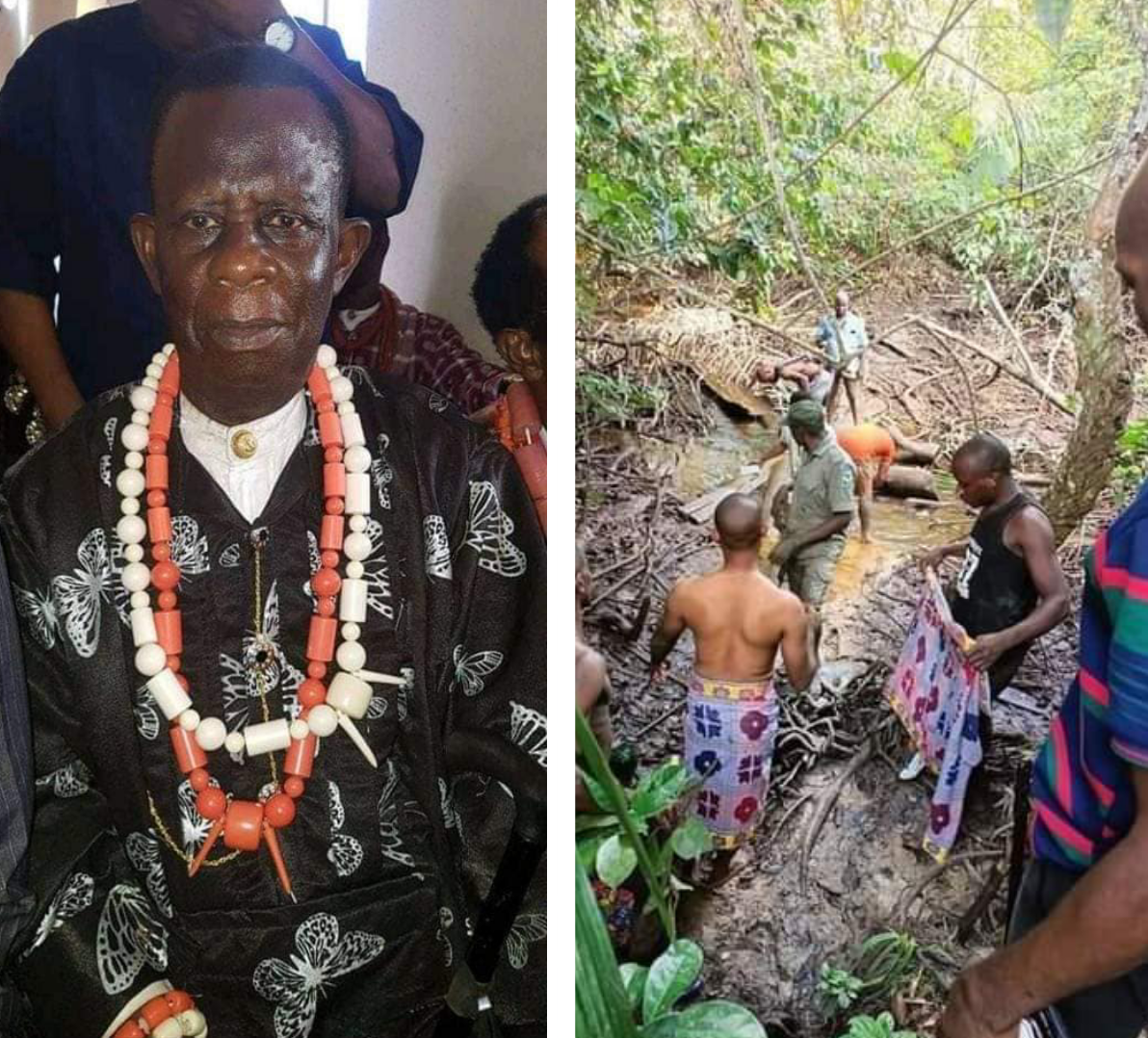 The Rivers State Police Command has recovered the remains of Chief Robert Namene Loolo, the Paramount Ruler of Luuwa community in NyoKhana District of Khana LGA, who was abducted in 2019.

The decomposed body of Chief Robert Loolo,61, was exhumed at a creek linking Luwa, Bera, and Bane Communities on Monday, October 25, by the DPO of Bori Police Station, Inspector Gbako Amgbasim and his team.

It was gathered that the monarch was abducted from his residence on the 27th of June 2019, by irate youths of the community.

The deceased son, Dr Douglas Fabeke, told reporters that ransom was paid twice to secure his father’s release from his captors.

Fabeke said that his father was tortured and tied to a stick inside the creek and left to die without help.

“He was kidnapped from his house by a youths group in the community who were fighting over the position of a youth president. We tried to beg these youths to release him for us; we had to pay ransom twice,”he said.

“We reported the matter to the police and to all the security agencies in the state; they got involved and tried to make sure he was released but after some time, there was silence. We went into more action and after about a few months; we were able to arrest a native doctor who confessed that he had been killed but did not know where he was buried

“Ever since we have been on this issue, but two months ago, we renewed effort through intelligence gathering to make sure we locate where he was buried, and by the grace of God, today, we were able to mobilise forces from the Bori divisional police headquarters, with a combined team, and they stormed the forest.

“We were able to discover where he was buried. Everything to identify him with was there, we noticed he was tortured. He was tied to a tree.”

Spokesperson of the Command, SP Nnamdi Omoni, who confirmed the incident said that the deceased remains were recovered by police operatives.

Another son of the deceased, Barine Eric Loolo described his father as a good man with generous and kind heart.

“However, I am encouraged by the fact that my Father, Chief Robert Namene Loolo, Paramount Ruler of Luuwa community was a good man with generous and kind heart. I will forever be proud of him for the man he was.

“He never offended anyone to have suffered this kind of degrading treatment by his abductors. Kidnapped, obtained ransom from the family twice but what we got in return is contained in the back herein attached. What can be more devastating than this

In all, we give glory to God, knowing that from dust we came and to dust we shall all return. No one has the monopoly of this world. We shall all return one day but men should be allowed to return in a natural way and not in this barbaric way

I thank you all for your prayers and consolations at this doleful moment. I thank the Nigeria Police especially the Bori Division for the steps taken so far. It is well with us.”

2023: I will succeed Buhari as Nigeria’s president – Gov Yahaya Bello