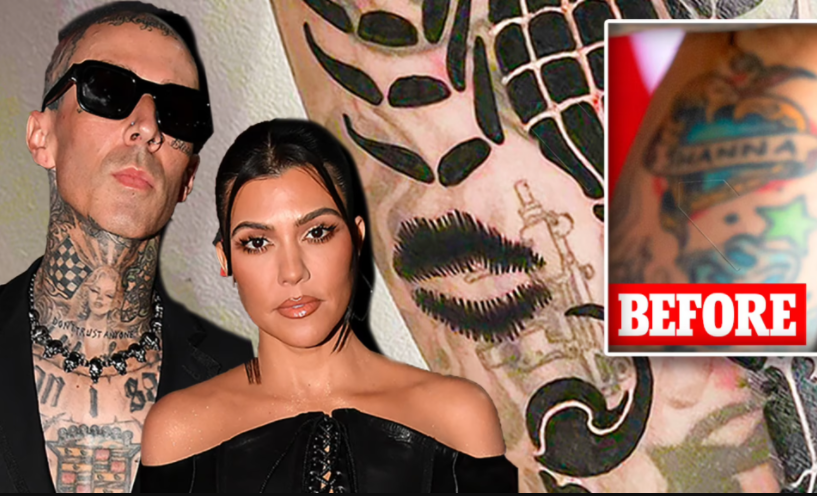 Travis Barker is permanently erasing his ex- wife,Shanna Moakler from his life days after his engagement to Kourtney Kardashian.

To celebrate his engagement to the reality star,  the 45-year-old Blink-182 drummer tattooed over his ex’s name with a giant scorpion and an imprint of his fiancée’s lips.

Both pieces of ink were placed on his inner left arm.

Travis put the dope tattoo on display in an Instagram post that showed a massive black scorpion covering  Moakler’s name. Below is the ink of Kourtney’s lips in black.

The drummer had first gotten the initial tattoo of his ex-wife in the early 2000s. The ex-couple went on to marry in 2004, then split in 2006 with their divorce being finalized in 2008.