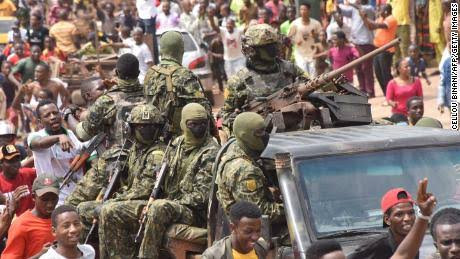 The United States has suspended $700 million in aid to Sudan after a military coup on Monday, October 25, telling the military of the country to immediately restore its civilian government.

“The civilian-led transitional government should be immediately restored and represent the will of the people,” State Department spokesman Ned Price told reporters.

“In light of these developments, the United States is pausing assistance,” Price said.

He said that the suspension concerned a $700 million package in economic support meant to assist Sudan’s democratic transition.

“We are pausing that full amount,” Price said.

“We are very much standing with the people of Sudan. The people of Sudan have made clear their aspirations for the continuation of transition to democracy and we will continue to support that including, if needed, by holding accountable those responsible for these anti-democratic actions.”

Price said that the United States received no prior knowledge of the military’s intention to oust Prime Minister Abdalla Hamdok and has not been able to make contact with the detained civilian leader.

World War III will be caused by fake news