A video of former governor of Ekiti State, Ayodele Fayose assuring his wife’s son that he wouldn’t cheat in their marriage because she’s beautiful has stirred reactions online.

One of the sons of the Nigerian politician got married in an elaborate ceremony in Lagos over the weekend. However, a video from the wedding ceremony that found it’s way to the internet has got netizens talking. 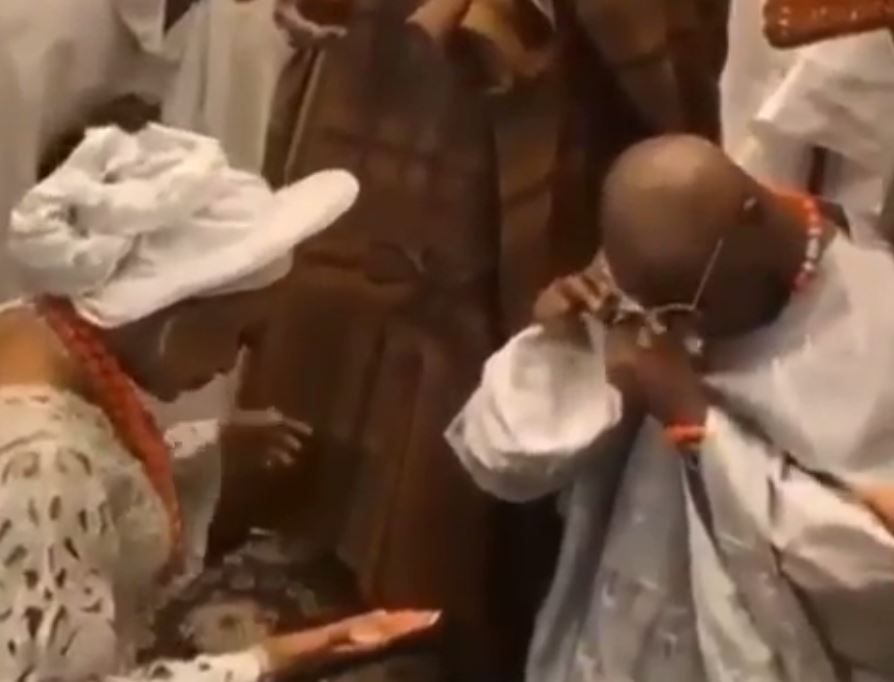 In the video, Fayose is seen praying for his daughter-in-law and showering her with praises. In his speech to the newly wedded couple, Fayose in Yoruba noted that his son has no excuse to cheat in his marriage since his wife is a “full package”.

According to him, his son is lucky to have married an extremely beautiful woman so he has no excuse to be unfaithful in his marriage. He commended her white teeth, flat tummy and beautiful figure.

Reacting to the video an Instagram user @justdamz_ wrote, “Man’s looking at him like” Pele motivational speaker 😩. Jay-Z still cheated on Beyonce 😩.”

@papiiitino, “If you like be Miss World, Man wey wan cheat go cheat”.