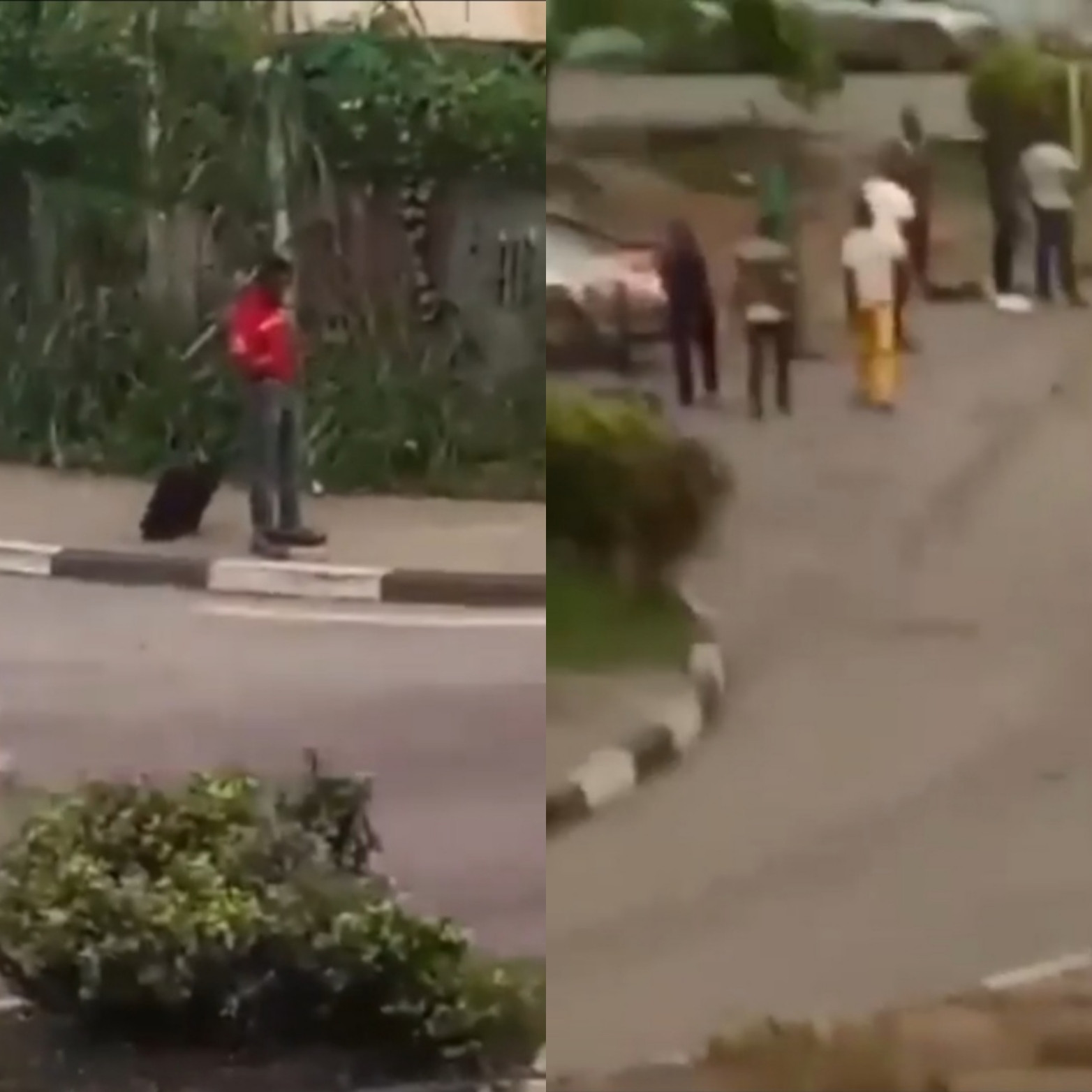 A cab driver has exposed what he believes is a plan to catch unsuspecting drivers breaking the rules by baiting them with a stranded passenger.

He claims he was around the Murtala Muhammed International Airport in Ikeja when he decided to put on his ride hailing app to see if he will get a customer.

A request came in and he noticed the location of the customer was a dangerous one that could get him in trouble, so he parked his car in the airport car park and went to investigate.

The customer, rather than wait inside the airport like other travellers do, is seen standing by the side of the road with his luggage.

On the other side of the road is a towing vehicle and some men in mufti, casually standing around.

The driver said he realized then that the customer wasn’t a real one but was used as bait so that if a cab stops by the road to pick him, the men by the towing truck will swoop in and arrest the driver for stopping at the wrong spot.

The driver said he called the fake customer and blasted him and the customer had nothing to say in his defence, instead, he simply ended the call.

He called on his fellow drivers to be aware of the trick and avoid such fake customers used as bait to get them in trouble with the law.

Man attempts jumping down from a mast in Lagos