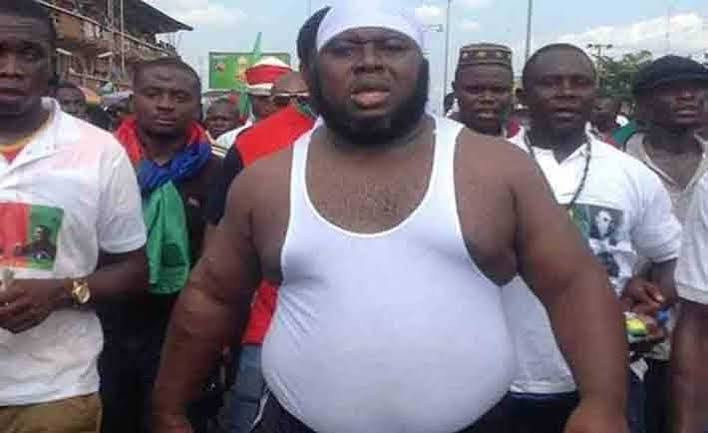 Election must hold in Anambra

The Head of Information and Communication, Uche Okafor-Mefor, disclosed this in a statement urging the Indigenous People of Biafra (IPOB) not to deny the people of the State from voting .

The De facto Biafra Customary Government said the sit-at-home order  was criminal while also demanding the federal government to immediately withdraw their security forces deployed to the South East region, pointing out that the use of violent approach against the Igbos would no longer be acceptable.

“In the light of the complex developments, hydra-headed security challenges and other sundry issues adversely affecting the indigenous civilian populations lumped up together against their will in Nigeria, the De Facto Customary.’ The group said in a statement to Vanguard.

‘The government of Biafra hereby declares as follows; the hydra-headed government believes absolutely in the sanctity of human life – the protection of lives in the Biafran territory – and therefore condemns in no uncertain terms the ongoing wanton destruction of lives and properties in Biafraland by both state and non-state actors irrespective of their motives.

“That the De Facto Customary Government of Biafra extols the democratic ethos for which Biafrans are known and as such declares support for the people of Biafra to exercise their democratic rights to vote and be voted for in Biafraland in the current and future elections.”

On the Anambra governorship election, “That in line with this pronouncement, the De Facto Customary Government of Biafra affirms that elections in Anambra State and elsewhere in Biafraland must hold by the extant laws; that any boycott of the Anambra elections and others elsewhere remains fruitless, counterproductive and would be incapable of invalidating the electoral process because a winner must emerge eventually by the circumstances strongly urged to go out and vote for the preferred candidates of their choices.

“That the continued violent campaign for the boycott of elections and other ancillary unethical conducts which are inimical to the advancement of the Biafran cause are subsequently frowned at and as such must be discouraged forthwith.

“That the proponents of this self-annihilating strategy must be reminded that in reality, the best way to be in control of political power is by engaging and by going through the democratic process itself or they will otherwise and in effect be aiding and abating the same Fulani-controlled Nigerian state to all the more heavily militarise Biafraland, impose a state of emergency, kill more Biafrans, ultimately rig the elections and fraudulently install their stooges.”

‘Just as the group condemned alleged violence against the people of the Southeast region saying: “That the De Facto Customary Government of Biafra further condemns without any equivocation the associated systematic subject on of Biafrans to torture and the targeted assassination of Biafrans on Biafran soil. These are heinous conducts against the laws of the land and prohibited as atrocious crimes by the international community.

“That the De Facto Customary Government of Biafra calls on the Nigerian government to withdraw her forces from the Biafran territory forthwith and to arrest and bring to justice all her security personnel implicated in the commission of crimes against humanity, enforced disappearances and extra-judicial killings in Biafraland.

“That the De Facto Customary Government of Biafra opposes and deplores in its entirety any torture or killings of Biafrans by Biafrans on Biafran soil. Henceforth, anybody or group of people embarking on this criminality remain the enemy of the people.

“That the De Facto Customary Government of Biafra welcomes any civil disobedience measures taken by Biafrans in response or protest to the violations of their fundamental human rights this criminality which advances the ever legitimate Biafran cause. In this regard and with particular reference, any sit-at-home in line with the above-stated objective which is voluntary is welcome.”

“However, any violent enforcement of such exercise leading to the forcible restriction of movements, destruction of businesses, above-stated in Biafraland must be challenged. We further reiterate that violent enforcement of any said sit-at-home exercise is criminal conduct, and anybody indulging in those despicable conducts remains a criminal.

“Finally, that the De Facto Customary Government of Biafra reaffirms and reasserts that Biafra is our heritage and would do everything humanly possible to defend, and her people. Long live the people of Biafra. Long live the State of Biafra.”