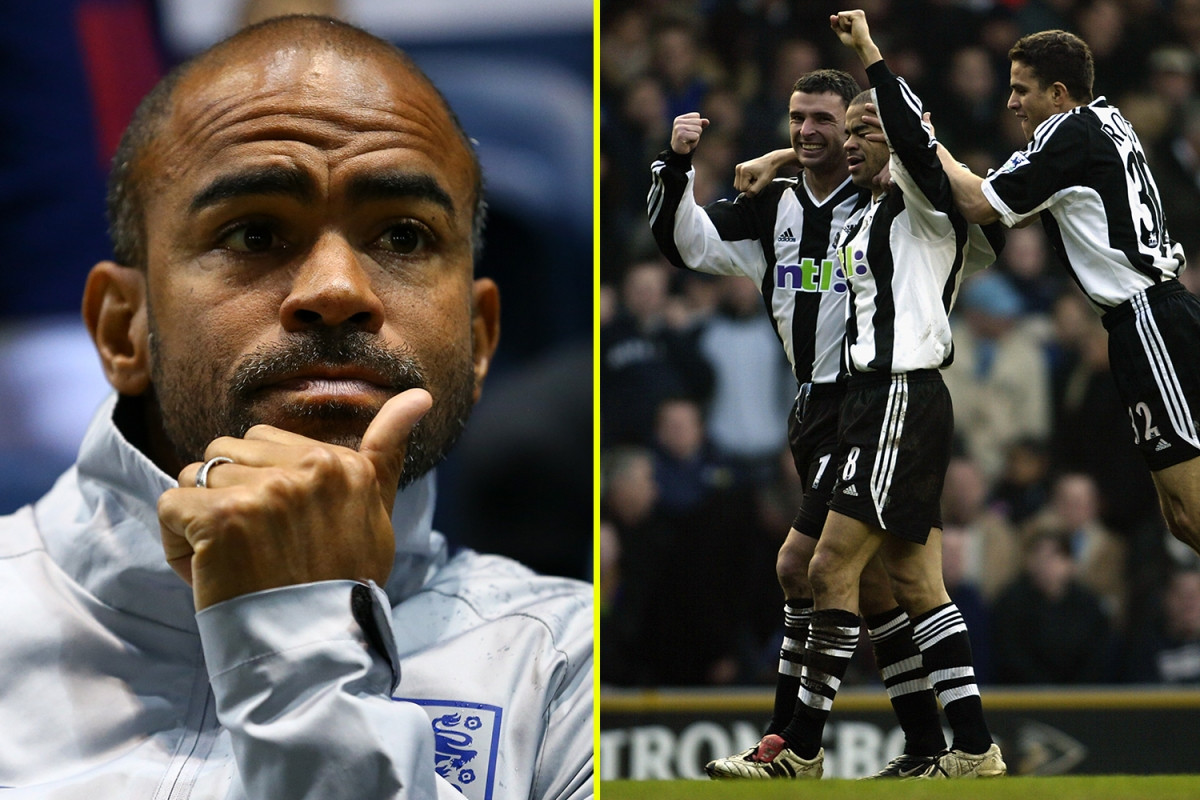 Former Newcastle and England footballer, Kieron Dyer has been hospitalised months after he suffered a collapsed lung on Celebrity SAS.

Dyer, 42, who is now the under-23s manager at Ipswich Town also suffered hypothermia and a fractured rib on the Channel 4 show.

Today Ipswich released a statement asking for ‘privacy’ for Dyer and have not said whether his latest problems are related to his time on the show.

The club’s official website released a short statement saying: ‘The Club can confirm that Town U23 manager Kieron Dyer is currently undertaking tests in hospital.

‘Everyone at Ipswich Town Football Club sends their best wishes to Kieron at this time.

‘We ask everyone to respect Kieron’s privacy, and we will be making no further comment on the matter.’

Dyer’s appearance on the 2021 series of SAS: Who Dares Wins was beset by problems, and he took months to recover from his medical issues.

Speaking afterwards, Dyer said: ‘There were quite a few things to overcome.

‘I’d had hypothermia, and I had a fractured rib, a collapsed lung, and one of my testicles was as big as an apple.

‘When I had my first hospital visit my lung wasn’t picked up. I was about to fly but I didn’t feel quite right and went to hospital again and they spotted it.

‘It was lucky I didn’t get on the plane.’

Dyer said that he had to use painkillers to cope with his injuries. He said: ‘I had to mask the pain and pump myself full of paracetamol.’

During the show, Dyer also revealed the emotional toll of being sexually abused when he was just ’11 or 12′ years old.

Speaking to Ant Middleton and Mark ‘Billy’ Billingham, the former England footballer said that the abuse he sustained by his uncle ‘turned him into a monster’.

Kieron – whose cracked rib forced him out of the competition – said in full: ‘I didn’t want to go on about sob stories or accomplishments, I wanted you to judge me from a clean slate, and yeah, I was a victim of sexual abuse when I was a kid.

‘I was 11 or 12 from a family member and this monster, well this f**king p**k turned me into a monster, and for the rest of my life the amount of people I’ve hurt because of these personality traits.

‘Like family, dad, mum, wife, you can go on and on. I always had the mindset of do you know what, ’cause I’m a victim, this is the way I am.