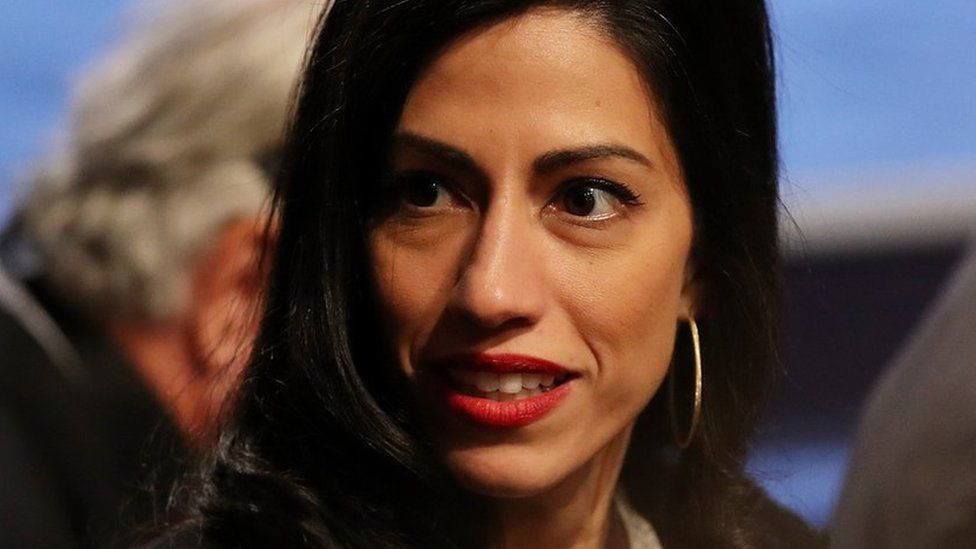 Huma Abedin, a former close aide to Hillary Clinton has revealed how she was sexually assaulted by a US senator.

Huma Abedin said the unnamed politician pounced on her on a couch in the mid-2000s after inviting her into his home, according to a report by the Guardian.

She says she rebuffed him as he tried to kiss her and escaped.

The claim is detailed in her new book, Both/And: A Life in Many Worlds, which is being published next week.

Ms Abedin was one of Mrs Clinton’s most trusted aides, and was once described by her as her “second daughter”.

She describes the sexual assault while recounting her work for Mrs Clinton when she was a US senator for New York between 2001-09.

Ms Abedin, now 45, however didn’t reveal the senator’s identity or even his political party.

She says that after a Washington dinner she walked out with the politician and when they stopped in front of his home he invited her inside for coffee. She says she accepted.

According to the Guardian, which has seen a copy of the memoir, Ms Abedin writes: “Then, in an instant, it all changed. He plopped down to my right, put his left arm around my shoulder, and kissed me, pushing his tongue into my mouth, pressing me back on the sofa.

“I was so utterly shocked, I pushed him away. All I wanted was for the last 10 seconds to be erased.”

Ms Abedin says the senator apologised and said he had “misread” her, before asking if she wanted to stay.

She writes: “Then I said something only the twentysomething version of me would have come up with – ‘I am so sorry’ – and walked out, trying to appear as nonchalant as possible.”

Ms Abedin says she bumped into the senator a few days later on Capitol Hill, and he asked if they were still friends.