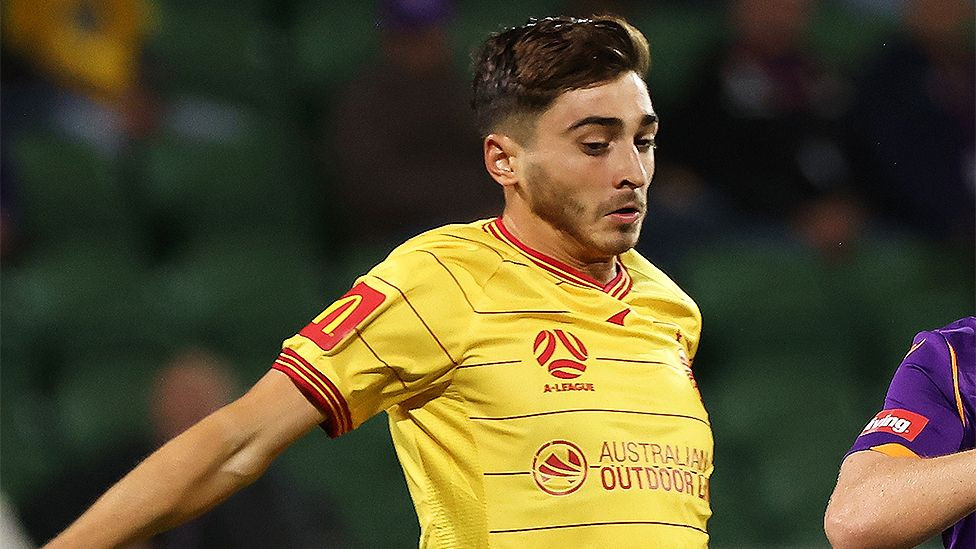 “I’m a footballer and I’m gay,” the 21-year-old said in an emotional video posted on Adelaide United’s social media.

“All I want to do is play football and be treated equally.”

Cavallo is the first active gay professional footballer to come out in Australia’s top-flight, saying he was done with feeling “ashamed” about his sexuality.

He added: “I’m tired of trying to perform at the best of your ability and to live this double life, it’s exhausting.

“They would start saying bad things about me or making fun out of me. That’s not the case. If anything, you would earn more respect from people.”

In a heartfelt social media post that accompanied the video, Cavallo said he “couldn’t be happier with my decision to come out”.

“I have been fighting my sexuality for over six years now, and I’m glad I can put that to rest,” he wrote.

“For the people that know me personally, you’ll know I’m a private person. Growing up, I always felt the need to hide myself because I was ashamed. Ashamed I would never be able to do what I loved and be gay. Hiding who I truly am, to pursue a dream I always wished for as a kid, to play football and be treated equally never felt like a reality.

“Being a gay closeted footballer, I’ve had to learn to mask my feelings in order to fit the mould of a professional footballer. Growing up being gay and playing football were just two worlds that hadn’t crossed paths before. I’ve lived my life assuming that this was a topic never to be spoken about.”

Over the years,  a few male footballers have come out as gay during their careers.

Former Aston Villa, West Ham, and Everton player Thomas Hitzlsperger waited until the year after he retired in 2013 before coming out publicly.

Former Leeds United player Robbie Rogers came out while initially announcing his retirement in February 2013 shortly after being released, before returning with LA Galaxy and winning the MLS Cup to become the first openly gay male athlete to win a major professional team sports title in the United States.