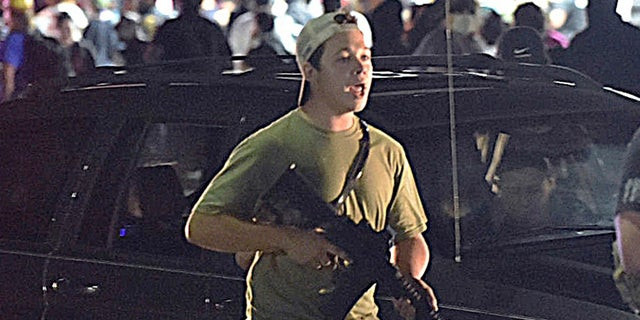 Judge in Kyle Rittenhouse murder trial rules that prosecutors cannot refer to the people he killed during protest against police brutality as “victims,”

A judge has ruled that the three men Kyle Rittenhouse shot during a protest against police brutality in Wisconsin can be labeled rioters, looters or arsonists and not victims if the teenager’s defense team has evidence to support the characterizations.

In a proceeding about the ground rules for the upcoming trial, prosecutors and defense lawyers debated whether certain language, witnesses or evidence would be allowed.

The decision was among the ground rules Kenosha County Judge Bruce E. Schroeder set Monday for the trial, which is expected to begin Nov. 1.

“The word ‘victim’ is a loaded, loaded word. And I think ‘alleged victim’ is a cousin to it,” Judge Bruce Schroeder said on Monday, asking prosecutors to instead use the terms “complaining witness” or “decedent” to refer to those shot by Rittenhouse.

Meanwhile, the defense will be allowed to refer to the three people Rittenhouse shot as “arsonists,” “looters” or “rioters” so long as they took part in those activities, Schroeder ruled — a decision prosecutor Thomas Binger called “a double standard.”

Rittenhouse, 18, was charged with homicide and attempted homicide after he fatally shot Joseph Rosenbaum, 36, and Anthony Huber, 26, and wounded Gaige Grosskreutz in Kenosha during protests that followed the shooting of Jacob Blake, a Black man, by a white police officer.

He has pleaded not guilty to all charges and is free on bond.

Rittenhouse, who was 17 at the time of the shootings, used a semiautomatic rifle that resembles the made-for-the-military AR-15. He has said that he went to the demonstrations on Aug. 25, 2020, to help protect businesses from looters when he was attacked and that he acted in self-defense.