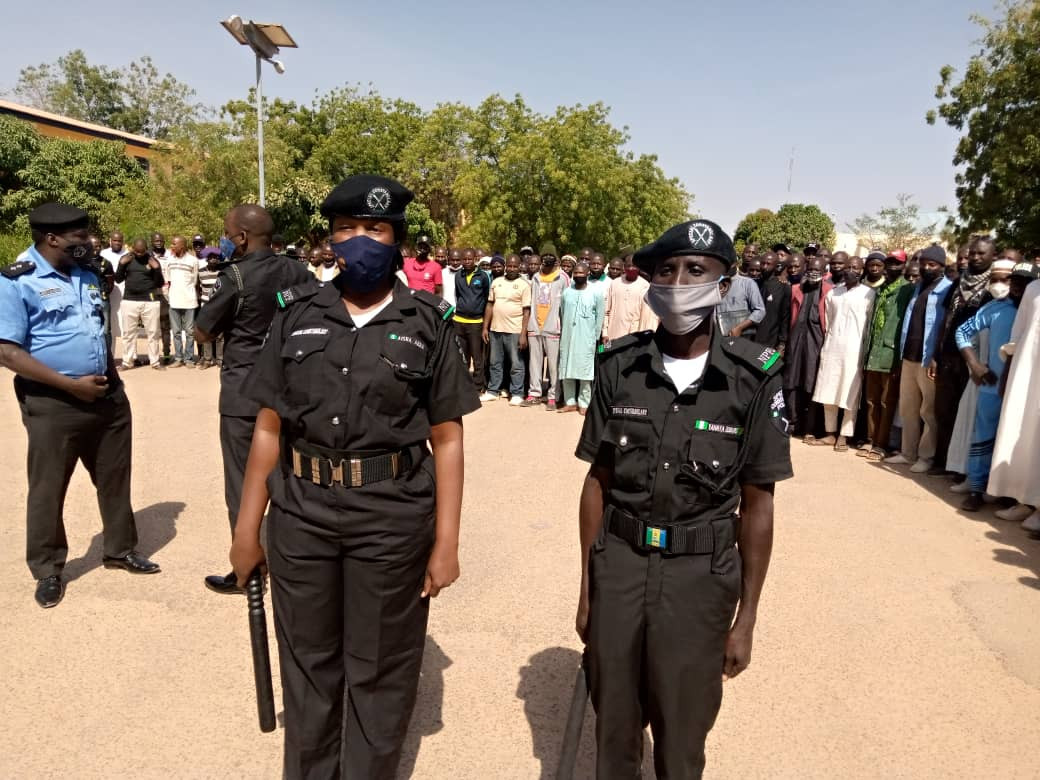 Spokesperson of the state police command, SP Gambo Isah, who confirmed this to newsmen, said Abdulmumini’s arrest followed a complaint by Governor Aminu Masari’s Special Adviser on Domestic Affairs, Alhaji Ibrahim Umar. Isah said the governor’s aide alleged that the suspect made derogatory remarks about him via email.

Umar claimed that he saw the offensive message while going through various goodwill messages sent to him by people on his 55th birthday on October 25, 2021.

“Abdulmumini was consequently arrested; he confessed during interrogation to have sent the e-mail. He has committed an offence under Section 24 (1) A & B of the Cybercrime Act, 2015,” he said

The suspect, who was paraded at the police command headquarters, Katsina, on Tuesday, said he never meant to insult the governor’s aide with the message.

He said in Hausa

“It is true I sent the email to him, but my intention was not to deride or defame him.”