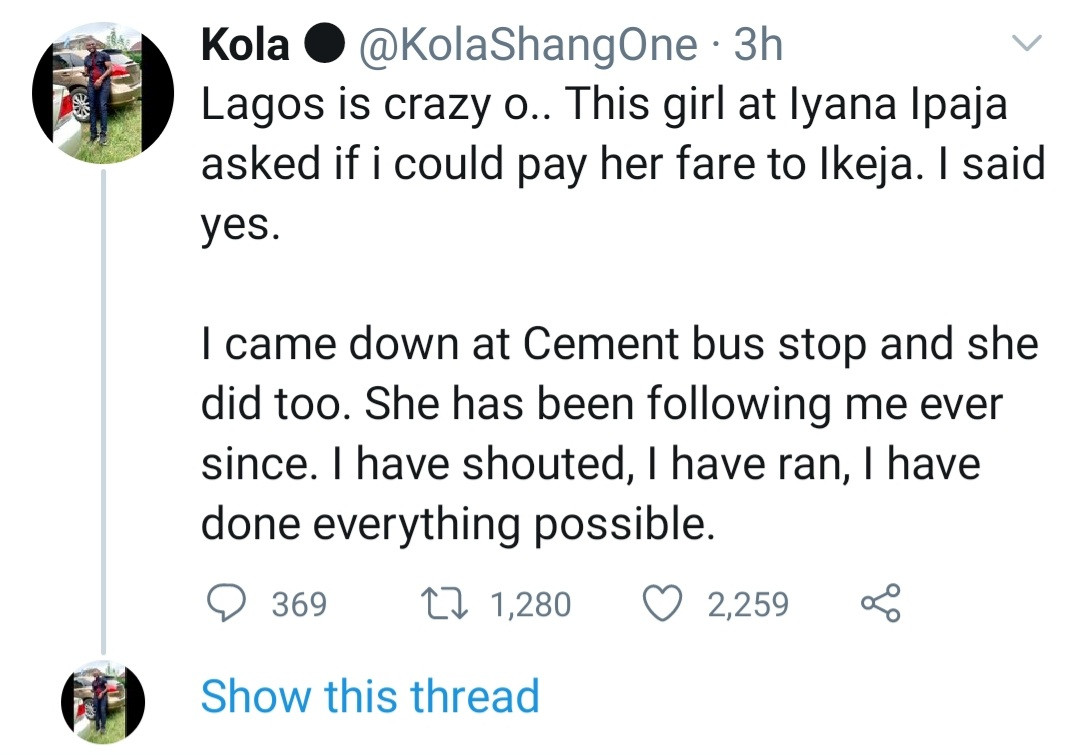 A Twitter user has taken to the platform to share a story about his encounter with a stranger in Lagos and his tweets have gone viral.

He claimed he met the lady today at Iyana-Ipaja  Lagos, and she begged him to pay her transport fare to Ikeja, which he did.

He said the journey started and he alighted when he got to his bus stop and the woman, who was supposed to go all the way to Ikeja, got down with him too and started following him everywhere.

He said he did everything to get rid of her but she wouldn’t stop following him.

Read his thread below.

“Should I be worried?” Ike Onyema shares troubling video of Omashola looking unkempt in the middle of a street days after posting about depression

‘My dad was strict to a fault’ Yul Edochie recounts childhood moments with his dad, Pete Edochie