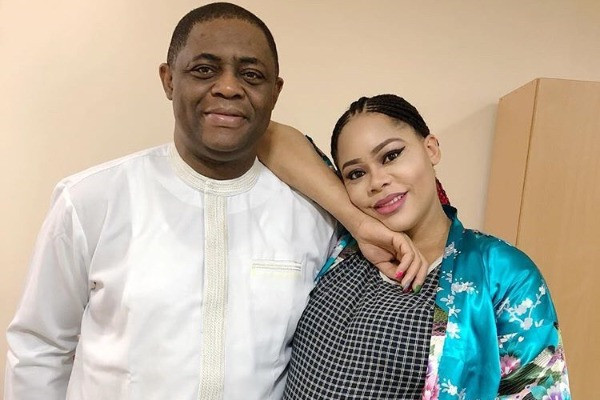 Precious has consistently threatened to kill me and her children, she refused breast-feeding our kids because she wanted to maintain her shape

Barely 24 hours after Precious Chikwendu called out one “Mr Short Fuse” for allegedly harassing and being obsessed with her, former Minister of Aviation and her estranged husband, Femi Fani-Kayode has released a counter affidavit he filed on October 26, in opposition to his estranged wife’s petition filed on 31st March, 2021.

Recall that Precious had complained that she is being persecuted and her rights violated because she’s asking to see her children. She claimed that whenever she shares a post where she looks at peace, policemen are sent to come and harrass her.

She added that the unmentioned person uses his influence to fight her, keeps summoning her in court and pushing baseless cases against her.

In the counter affidavit FFK released, he alleged that Precious had 12 nannies who cared for their children, excluding supervisors and nurses who equally attended to them. He also claimed that Precious never extended maternal care to their children as she allegedly had a medical condition which deprived her of any filial bond with them.

The former minister also alleged that his estranged wife refused breast-feeding their kids on account of preserving her body shape. He claimed that Precious threatened to kill him and their kids unprovoked, and puts their life at risk with her alleged “un-repented sexual escapades”.

Countering claim of his estranged wife being deprived access to their kids, he insisted that she is only playing the victim and does not deeply desire to be with them. The former Minister however added that Precious is constantly engaging  the children on audio and video calls without any form of interception.

He also alleged that Precious had an affair with a naval officer who accused her of misleading him by allegedly claiming that she is single.  He went on to described a violent episode which led to police officers into intervening.

See the court documents below…