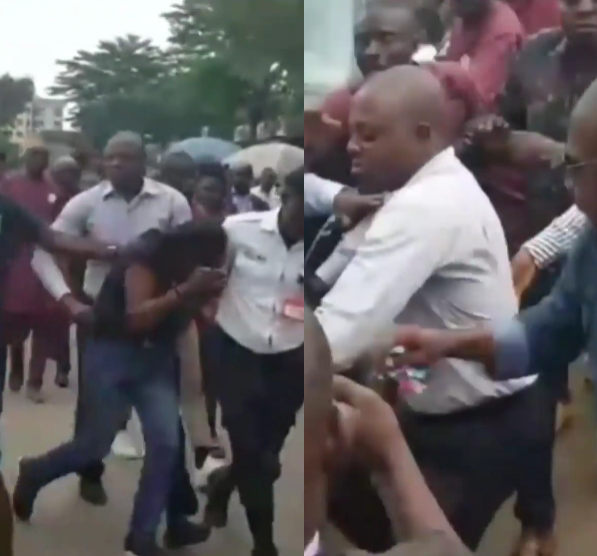 A suspected car thief was mobbed by an angry crowd in Abuja.

A video of the mobbing was shared online. It shows a noisy crowd surrounding the alleged thief, each person trying to lay their hands on him.

The presence of a uniformed personnel did not deter the crowd.

The angry mob outnumbered the officer and managed to get in some slaps and punches as the suspected thief was led away.