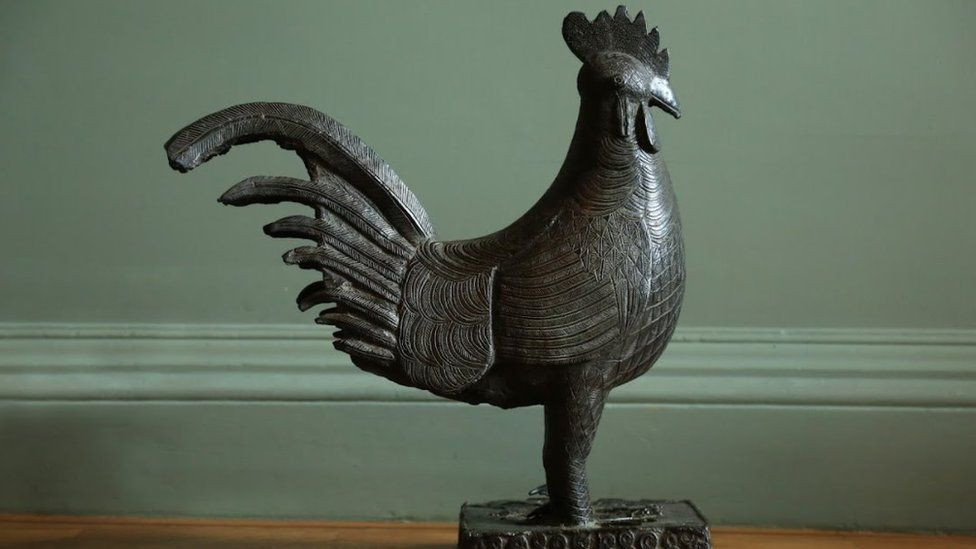 The University of Aberdeen, Scotland, United Kingdom, will complete the return of a looted Benin Bronze at a handover ceremony on Thursday October 28.

The ceremony will commence at 5.30 p.m. in the King’s College Conference Centre of the university, the institution announced in its media release on Wednesday.

They will be accompanied by Prince Isa Bayero of the Kano emirates and Mrs Edith Ekunke, retired director of the National Museum, Lagos State.

The university became the first institution to agree to the full repatriation from a museum of a Benin Bronze in March and will hand back the Bronze on Thursday evening.

The sculpture, which depicts the head of a king), is one of thousands of religious and cultural artefacts looted by British forces in 1897 during the destruction of Benin in present-day Nigeria by a British military expedition.

It was purchased by the University of Aberdeen at an auction in 1957.

Following a request for repatriation of the looted Benin Bronze  by the Nigerian Federal Government, the university unanimously approved the request  in March 2021 after discussion by an expert panel.

In the media release, Professor George Boyne, Vice-Chancellor of the University of Aberdeen, said: “Over the last 40 years, the Benin Bronzes have become important symbols of injustice.

“It would not have been right to have retained an item of such great cultural significance that was acquired in such reprehensible circumstances.

“The university took a proactive approach to identify the appropriate people to discuss what to do and we are extremely grateful for the collective approach taken by the partners in Nigeria, which has facilitated this return.

“We are delighted to welcome our guests representing Edo State, the Federal Republic of Nigeria, the Kingdom of Benin, and the National Commission for Museums and Monuments and commend their spirit of cooperation in making this possible.”