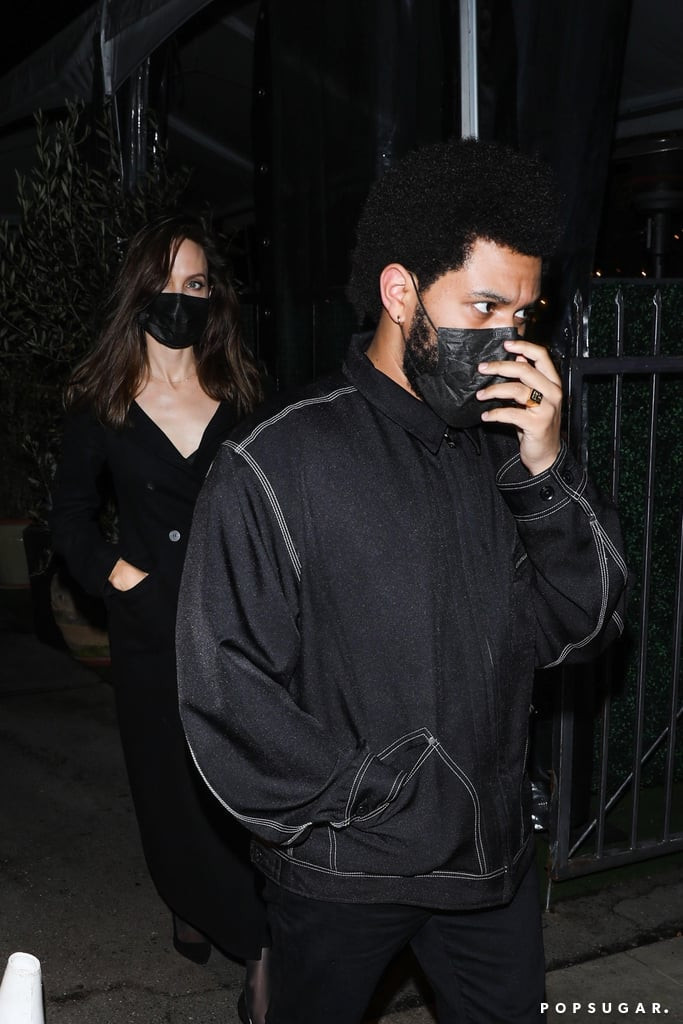 Angelina Jolie dodges question on her ‘friendship’ with The Weekend

Actress Angelina Jolie shied away from giving a response on her friendship with The Weeknd who is her co-star in new movie, Eternals.

46-year-old Jolie was promoting the film with co-star Salma Hayek on US daytime talk show E! Daily Pop, when host Justin Sylvester asked whether her children were more excited by her role in Eternals or by her friendship with The Weeknd.

While Angelina and The Weeknd who have been seen dining several times this year have reportedly told their pals they are “just friends”, insiders think they are having a romance.

A source told Us Weekly :

“Both Angie and Abel are telling people that they are just friends, but those who know them think something romantic is going on.

“She’s definitely warming toward Abel. He’s been pouring on the charm and going out of his way to impress her.”

Jolie has been linked to several other men since splitting from her ex-husband Brad Pitt in 2016. She was also spotted with another ex-husband, Jonny Lee Miller in recent months.