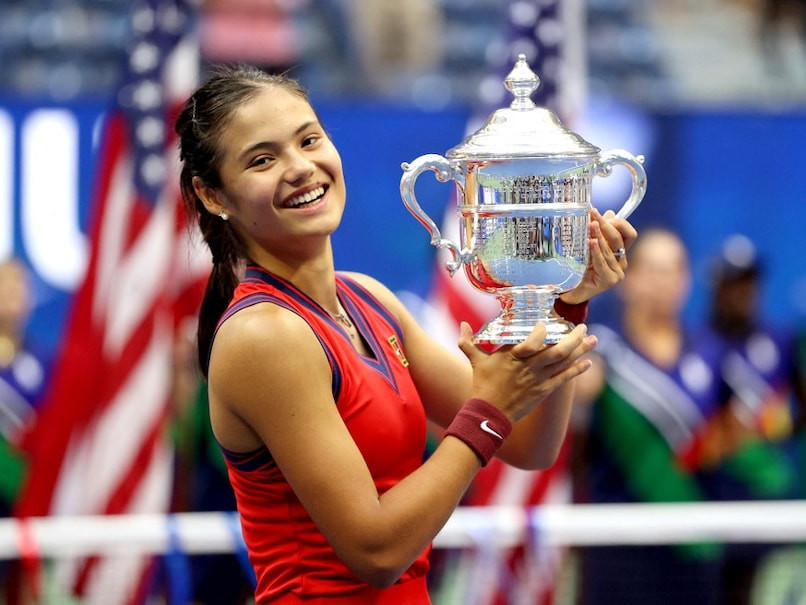 Emma Raducanu has revealed she’s donated her US Open trophy to the LTA at the National Tennis Centre.

The 18-year-old put herself and British tennis at the forefront of world tennis by becoming the first ever qualifier to win a Grand Slam when she beat Leylah Fernandez in the final.

Raducanu picked up a cool £1.8m in prize money for her win in New York and also came home with the US Open trophy in what was only her second appearance at a Grand Slam.

But she’s donated her trophy to the National Tennis Centre in London.

‘It’s stored at the National Tennis Centre I’m pretty sure in London,’ she said after beating Ana Bogdan in the second round of the Transylvania Open.

‘I just thought the LTA have done so much for me and I just wanted them to have it as a sign and a big thank you for everything they’ve done for me, helping me through the young ages.

‘They’ve played a huge role in my development so yeah it’s a little gift.’

Raducanu is currently competing in her father’s homeland of Romania and on Thursday, she recorded an impressive 6-3, 6-4 win over Bogdan to reach the quarter-finals.

“People will think it’s a joke until I’m no more” – Old post of Bobrisky’s ex-PA, Oye addressing those accusing her of clout chasing after she revealed she tested positive to COVID-19 resurfaces