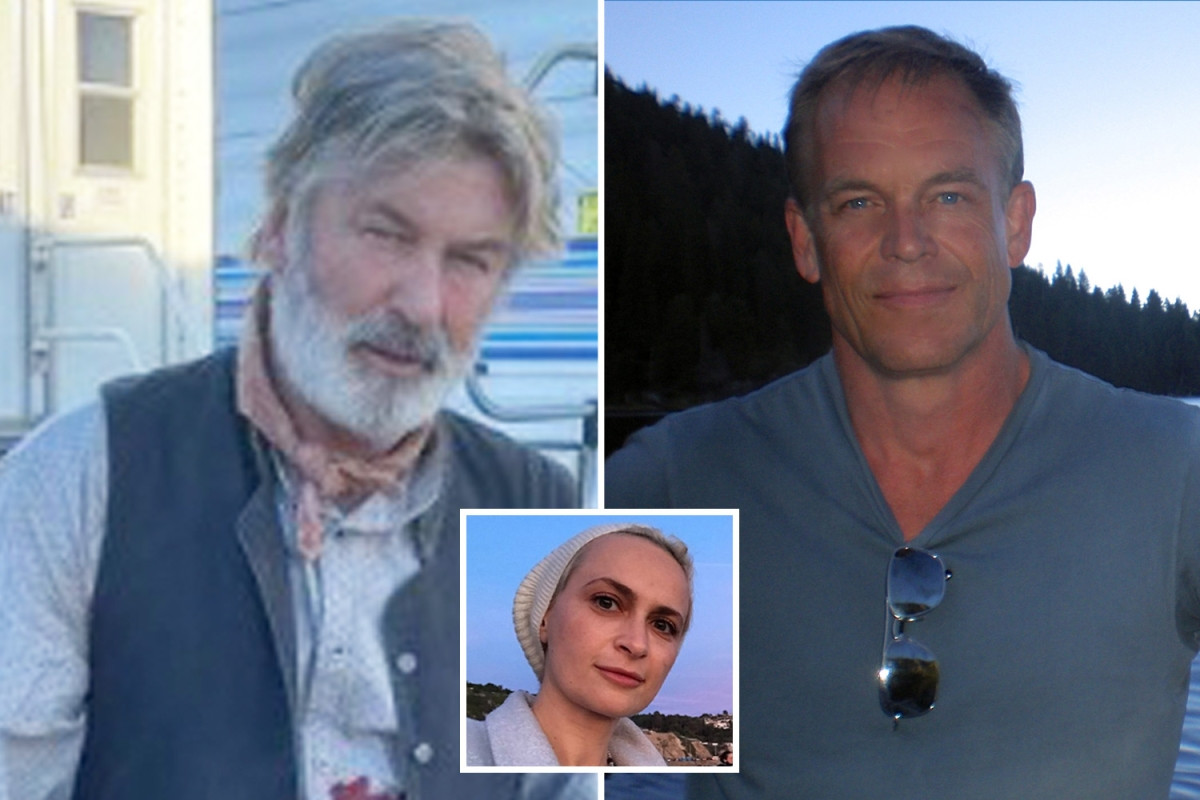 I should have checked chamber but I didn’t’

Alec Baldwin’s assistant director, Dave Halls has admitted to investigators that he didn’t check every barrel of his gun but ‘should have’ before he handed it to him on the set of Rust last week,

The bombshell admission was disclosed is in a search warrant that was unsealed by the Sante Fe County Sheriff’s department and issued on Wednesday afternoon.

It contains details of Halls’ interview with the cops, and what Hannah Gutierrez-Reed told them too.

Halls said Gutierrez-Reed, 24, handed him the weapon and ordinarily opens it, ‘spins the drum’ to show him the ammo and he declares it safe.

On Thursday, he said he ‘couldn’t remember’ if she spun the weapon, and that he could only remember seeing three dummy bullets, identified by hole in the side of their cartridge.

‘David said when Hannah showed him the firearm before continuing rehearsal, he could only remember seeing three rounds.

‘He advised he should have checked them all but didn’t and couldn’t recall if she spun the drum,’ the search warrant says.

Baldwin was handed the gun and it fired in the direction of Halyna Hutchins and Joel Souza. Hutchins died and Souza was hospitalized.

Afterwards, Halls brought the gun back to Gutierrez-Reed and told her to open it for him. They then realized there were four dummy rounds and one spent live round.

‘After the accident, Halls picked up the firearm from a pew inside the church and took it to the armorer. Hannah then was told to open the gun so he could see what was inside.

‘He said he could only remember seeing at least four dummy casings with the hole in the side, and one without the hole.

‘He said this round did not have the “cap” on it and was just the casing. David advised the incident was not a deliberate act,’ the search warrant reads.

The warrant also describes how Hannah Gutierrez-Reed said there never being ‘any live rounds’ on set.

‘Hannah advised that she checked the ‘dummies’ and ensured “they were not hot rounds”.

‘She said as the crew broke for lunch, the firearms were taken back and secured inside a safe on a prop truck on set.

‘During lunch, she said the ammo was left on a cart on the set and not secured.

‘After lunch, [property manager] Sarah Zachary pulled the firearms out of the safe inside the truck and handed them to her.

‘She advised there are only a few people that have access and the combination to the safe.

‘Hannah advised that she handed the gun to Alec Baldwin a couple of times, and also handed it to David Halls.

‘Hannah said no live ammo is ever kept on set.’

The revelation comes less than an hour after prosecutors revealed ‘no one has been ruled out’ when it comes to criminal charges.

At the press conference on Wednesday, Santa Fe County Sheriff Adam Mendoza said all three could face charges and are still being interviewed.

‘We’re going to continue interviewing getting the facts… he is an active part of this investigation we’re still investigating… no one has been ruled out,’ Mendoza said.

District Attorney Mary Carmack-Altwies said it was too early to bring charges but ‘all options are on the table at this point.’

Mendoza revealed the gun Baldwin fired was a Pietta .45 long colt revolver. There was other ammunition in the gun when they recovered it but it’s unclear what type of ammunition that was.

The bullet that killed Hutchins was taken from Souza’s shoulder and is a lead bullet. It is being taken to the FBI lab in Quantico for more examination, and officers have recovered its spent shell casing.

The 500 rounds recovered  from the movie set comprise or ‘blanks, dummies and live rounds.’ Sheriffs would not say how many of each were recovered, or how the live rounds got to set.

‘We suspect other live rounds were filmed on this set. I won’t comment on how they got there, but we suspect they are there. There was some complacency on this set and there were safety issues,’ Mendoza said.

According to search warrant executed by the Santa Fe County Sheriff’s office last week, Gutierrez-Reed was the last person to handle the gun, leaving it along with the two other revolvers unattended on the cart in the early hours of October 21.

It is at this point, the insider reveals, that a group of crew members took the weapons without the director and first director’s knowledge, and forgot to unload the firearm in question.