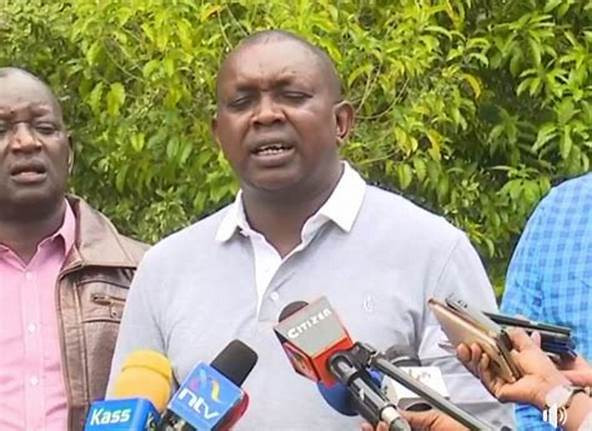 Leadership is about God’s calling and not academic qualifications

Kenyan senator, Samson Cherargei has defended a member of parliament representing Kapseret, Oscar Sudi who is under investigation over his academic qualification.

“We went through the KNEC archive records and established that Oscar Kipchumba Sudi did not appear in the year 2006 KNEC database for either Parklands Secondary School or Highway Secondary.

“Using the index number and the name of the candidate, we established that the code of the Highway Secondary school in the accused certificate did not belong to the school but Parklands School.”

Nandi Senator Samson Cherargei who is now defending Sudi after he was accused of forging his academic papers to seek an electoral seat, stated that leadership is about God’s calling and not academic qualification.

He also claimed that the “challenges” Sudi is currently undergoing is a political witchhunt propagated by his political rivals.

“Leadership is about God’s calling not about academic qualifications. Hon. Oscar Sudi, MP Kapseret, is a victim of political machinations and political witch hunts. The voters know him better than these busybodies.”

Sudi on his own part has defended himself, insisting that his certificates are genuine. He said that he is ready to submit witnesses to defend his case.

Manchester United star, Marcus Rashford reveals he stayed off social media after Liverpool thrashing because he was embarrassed’