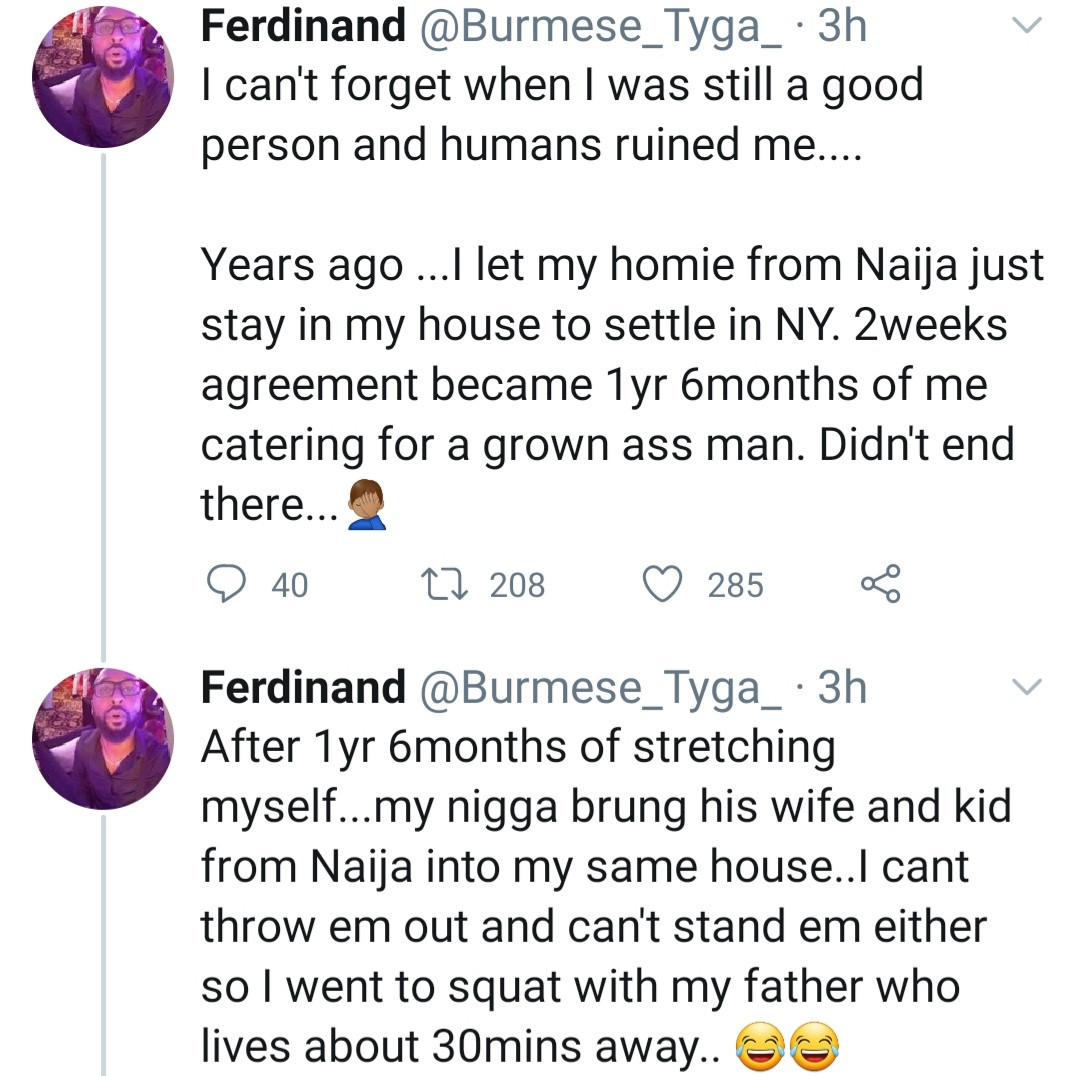 A Nigerian man has narrated his experience with a Nigerian immigrant he offered temporary accommodation to in New York.

He said he allowed the man, who was his friend from Nigeria, to stay in his New York apartment for 2 weeks.  However, the man extended his stay to 1 year and 6 months.

He then brought his wife and child from Nigeria to also stay with him in the house, making the real owner of the house uncomfortable in his own house.

The homeowner said he had to go back to his father’s house, leaving his house for the Nigerian man and his family.

When the man wouldn’t leave on his own,  he said things got messy and the man grudgingly left his house, and they have cut ties since then.

Based on his experience, he advised people to do the needful early before things get out of hand.

“Maybe he has thrown away the key of shame. When my father was alive he could come outside with his di3k and he will not be ashamed”- Fela’s daughter, Yeni Kuti, reacts to Cross’s viral nude video