Popular Nigerian singer, Folarin Falana better known as Falz, has taken to social media to lament over the fear of aging as he reveals he wants to be young forever.

The singer who doubles as an actor shared this in reaction to turning 31 on Wednesday, October 27.

Although, he was celebrated in a grand style by his fans, followers and some celebrities, the singer took to his Insta-stories to relay his anxiety about getting old.

He pointed out the sentiment attached to being over 30 years old and described himself as an ‘elderly person’. 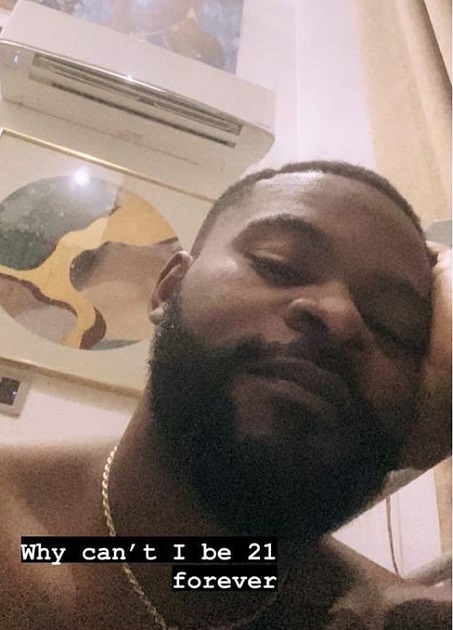 In other news, Falz recently affirmed that he is genuinely fulfilling his passion.
The singing sensation who took to his official Instagram page to reminisce on the visuals of his hit track “soft work”, described the piece as an artistic representation of his story at the time.

According to him, looking back he can only admit that he’s fulfilling his passion for music and at the same time having so much fun while at it.