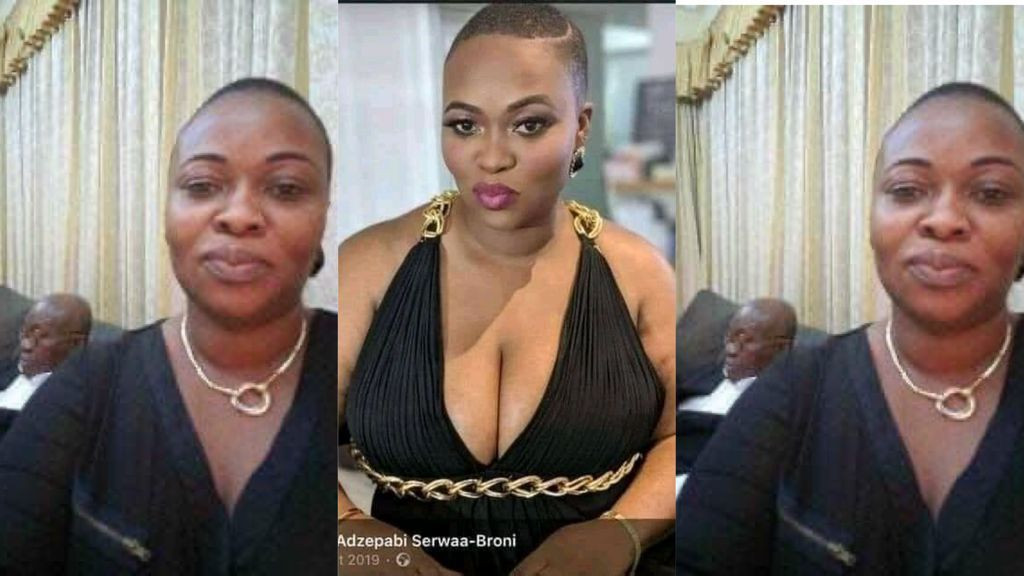 Woman claiming to be Ghana President’s side chick narrates their ‘time together,’ as their photos go viral

A woman claiming to be Ghana President, Nana Akufo-Addo’s side chic has narrated how their alleged time together went, after photos of her and the president was made public.

Serwaa Broni claimed that the West African country’s President has been making advances towards her and also went an extra mile to express his feelings to her when they met in Toronto Canada.

She claimed Nana was desperate for them to meet and when they finally did, she didn’t understand why he allegedly wanted an amorous relationship with her.

Serwaa who claimed that President Nana once chartered a private jet for her from Kumasi to Accra, alleged that he was always eager to meet her anytime she’s in Ghana. She also alleged that during her short time with Nana Akufo-Addo in a hotel, she took a mirror selfie in which the President’s face reflected in.

The woman however claimed that when she shared the photo on Facebook, she was called by the President and National Security to pull it down since it could have dire political implications.