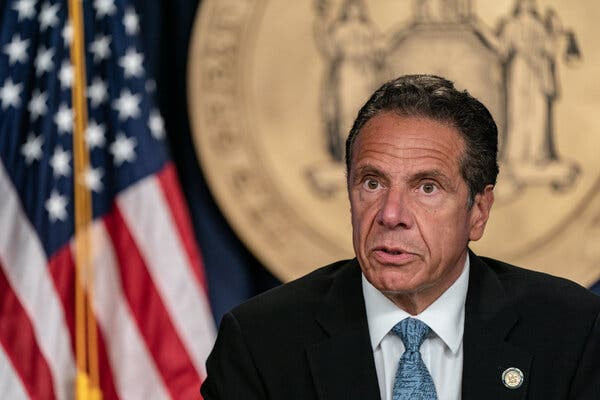 Former New York governor, Andrew Cuomo is facing a new sex crime charge months after resigning from office instead of facing potential impeachment over allegations from aides that he molested them or touched them inappropriately.

He is now facing a misdemeanor charge in Albany City Court related to the alleged groping of a former aide.

A copy of the court complaint accuses Cuomo of “forcible touching,” a class A misdemeanor, for allegedly intentionally and forcibly placing his hand under the blouse of the accuser and onto her left breast.

The complaint says the encounter occurred at the governor’s Executive Mansion in Albany on the afternoon of Dec. 7, 2020.

“A misdemeanor complaint against former Governor Andrew Cuomo has been filed in Albany City Court,” New York state courts spokesman Lucian Chalfen said in an emailed statement. “As this is a sex crime, a redacted complaint will be available shortly.”

The charge carries a penalty of up to one year in prison. According to The New York Times, a conviction hinges on the prosecutor’s ability to prove the defendant acted intentionally and with force, and that the contact was not accidental.

On Thursday, October 28, James welcomed the complaint as a confirmation of her office’s findings.

“From the moment my office received the referral to investigate allegations that former Governor Andrew Cuomo sexually harassed multiple women, we proceeded without fear or favor,” she said in a statement.

“The criminal charges brought today against Mr. Cuomo for forcible touching further validate the findings in our report.”

Cuomo has denied any wrongdoing and claimed he never touched anyone inappropriately.

Increase in petrol price will push more Nigerians into poverty

‘If it was Angel, you people will kill her’ BBNaija’s Liquorose see-through outfit at event sparks reactions