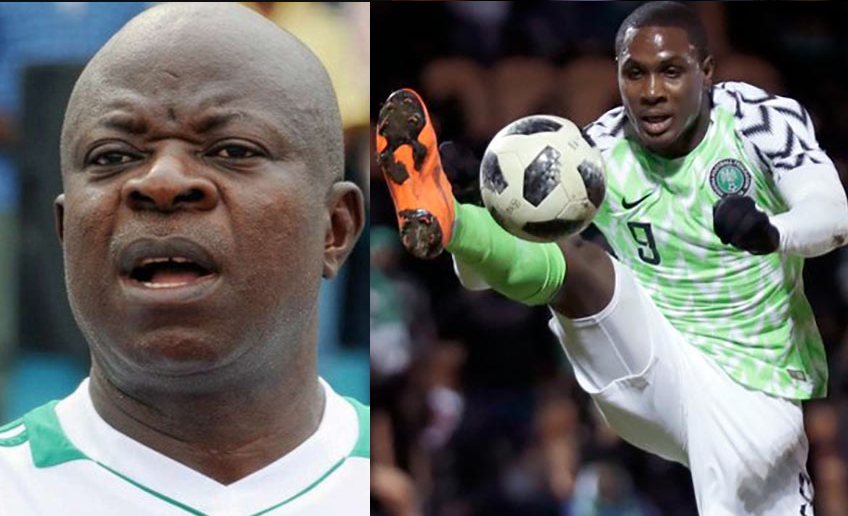 Super Eagles coach Gernot Rohrrecently confirmed that the that Al-Shabab forward is in his provisional squad for Nigeria’s 2022 World Cup qualifiers against Cape Verde and Liberia.

According to Rohr, he decided to recall Ighalo because of his leadership, and is waiting for the 32-year-old striker to accept the invitation.

Reacting to his Ighalo’s possible return, Okpala who was once an assistant coach to late coach Stephen Keshi in the National team, said the team and Nigeria as a whole have younger players that can fit in the position that Ighalo will be coming to occupy.

“If I am the coach, I will not let it happen’, Okpala told brila.net.

“There are lots of young players in Nigeria (home and abroad) to occupy that slot he will be coming to take – He also cited the Romario scenario in Brazil where the coach stopped the legend from coming back to the National team.

Okpala added that if he is the coach of the National team, there will be no reason for bringing back Ighalo.

The Al-Shabab striker retired from international duty after Nigeria’s third-place finish at the 2019 Africa Cup of Nations, where he finished as the top scorer with five goals. Before his retirement, he scored 16 goals in 35 games for the Super Eagles.