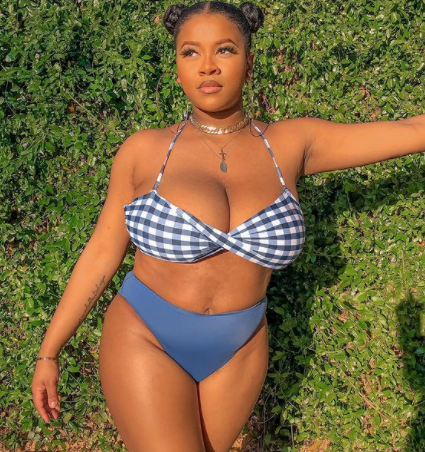 The Boob Movement founder, Abby Zeus, who had a child at the age of 21, has revealed that she used to be so ashamed of her post-baby body.

The mum-of-one, who used to pose regularly in the nude or in bikinis before she had a baby, revealed that it’s been “an entire year” since she last wore a bikini.

She added that she was insecure about her new body but she has now realized that it worked in her favour.

She posed in a bikini for the first time in a year and shared the photos to Instagram as she revealed she now likes her new weight better.