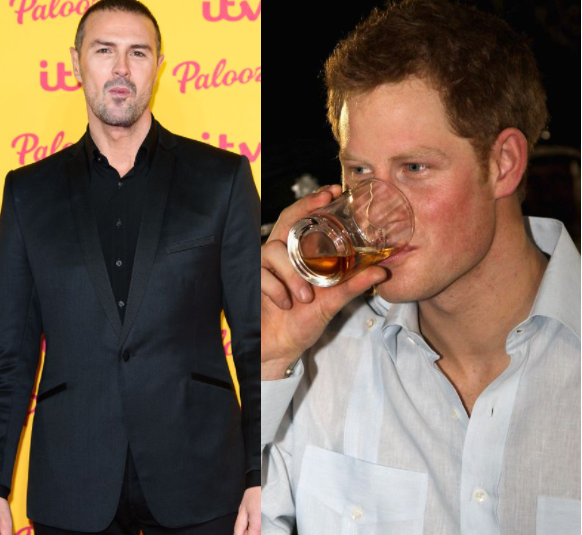 TV personality Paddy McGuiness has revealed that he enjoyed a boozy night out with Prince Harry who allegedly kissed him after they engaged in a topless dance-off.

Paddy revealed all in his new autobiography, My Lifey, which was published yesterday, October 28.

He claims the Prince Harry kiss took place after a Soccer Aid party in June 2016, weeks before the Prince met Meghan Markle.

According to the Top Gear host, the prince was desperate to visit the island of Fernando’s which is a fictional holiday destination for couples on his ITV dating show Take Me Out.

Paddy said: “To say we were dancing close was an understatement — our chests were touching. He asked me again if I could send him to Fernando’s.

“He then proceeded to take my shirt off. So now I’m topless, a bottle of beer in each hand, dancing with Prince Harry.”

After the pair had faced each other in the dance-off, Paddy recalled Harry disappearing.

He later returned, offering out Jagerbombs as he started another dance-off with the Take Me Out presenter.

Paddy continued: “We finished dancing and while everyone was cheering, we embraced and he gave me a smacker on the lips.”

Soon after the kiss, Paddy recalled the prince leaving immediately leaving everyone open-mouthed and shocked but agreeing that Harry was an “absolute legend.”

The next day, Paddy said the royal asked him how his head was and texted Jack to thank everyone for a great night.