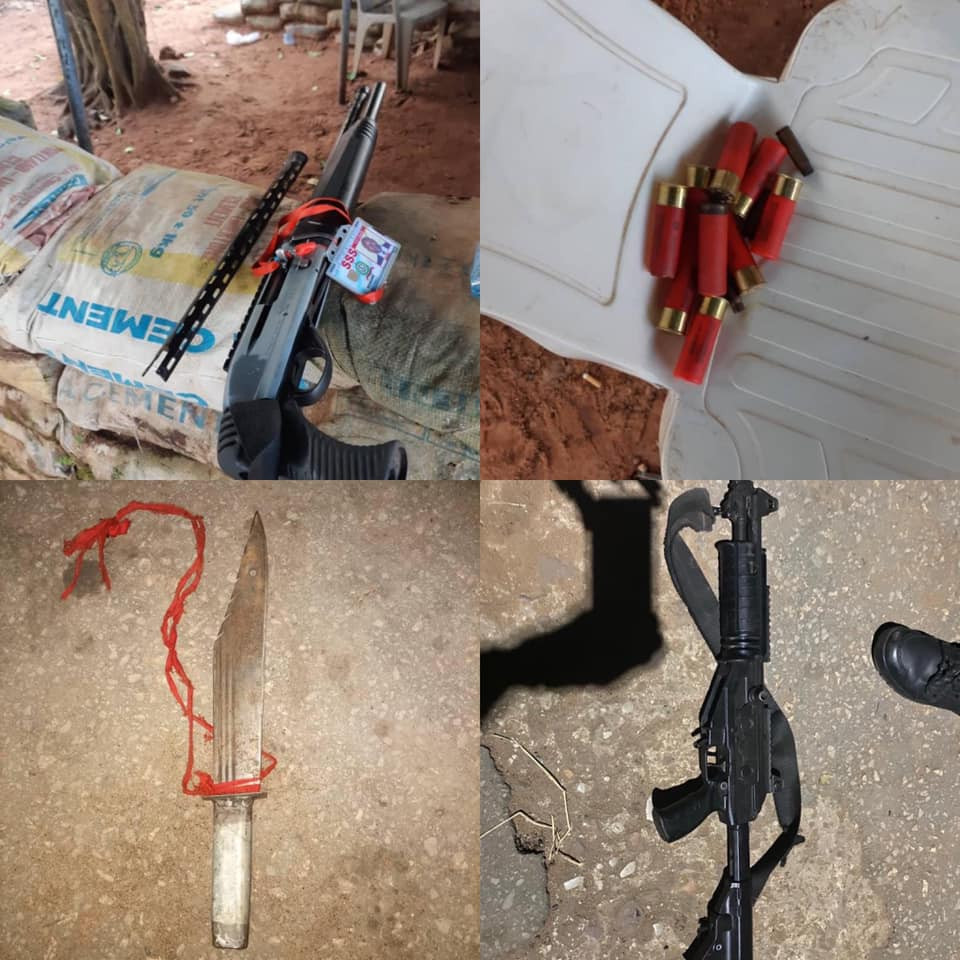 In a statement released, Brigadier General Onyema Nwachukwu, said the suspected IPOB members had earlier on carried out an attack on personnel of security agencies deployed at Ekwulobia roundabout in Aguata Local Government Area of Anambra State. He said after the attack, troops swiftly mobilized to the scene and subsequently embarked on the pursuit of the criminals along Nnewi-Nnobi road. He said the troops made contact with the fleeing gunmen and engaged them in a firefight, neutralizing four of the criminals.

Nwachukwu added that the gallant troops also recovered two AK-47 Rifles, one GALIL Ace 5.56 x 45 Iwi Gun, one Avofeng Handheld radio, and one Black Highlander SUV. Sadly, a personnel of one of the security agencies paid the supreme price.

The Army spokesperson mentioned that in a separate operation, troops have foiled another attack by IPOB/ESN gunmen at Umunze Checkpoint, in Orumba South Local Government Area. The vigilant troops overwhelmed the attackers in the shootout that ensued, forcing them to take to their heels, abandoning, one Pump Action gun with nine cartridges, one dark blue Ford and four motorcycles, which the troops have recovered.

”The Nigerian Army notes that the recent attacks are part of proscribed IPOB/ESN plan to instil fear into the public and sabotage forthcoming Anambra State Governorship Election.

Members of the public are reassured that the Nigerian Army, sister services and other security agencies will not relent in resolutely confronting all criminals intents against the citizenry and national interest.

Law abiding citizens are enjoined to continue to go about their daily activities without any fear. They are also encouraged to report any unusual activity observed across Anambra State to the nearest security post.” the statement read

Actress Stephanie Okereke and her husband, Linus Idahosa, celebrate their son as he clocks ‘age 6’