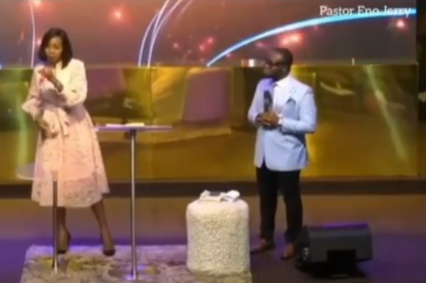 A Nigerian clergywoman, Pastor Eno Jerry, has said that the role of any woman in a man’s life is to help in increase his wealth.

Speaking during a sermon recently, Pastor Eno averred that the least a man should ever be in life should be the way a woman met him. According to her, a woman’s presence should increase a man. In her words;

”When a woman enters the home of a man, her role is to increase his wealth. Its’s a foolish one that lessens his wealth.

A foolish woman lessens his wealth but a wise woman builds the wealth of her husband through wisdom. So any man you meet, any man you enter into his life, even if you are in a relationship, the least he can ever be is the least you met him”

Watch a video of her speaking below