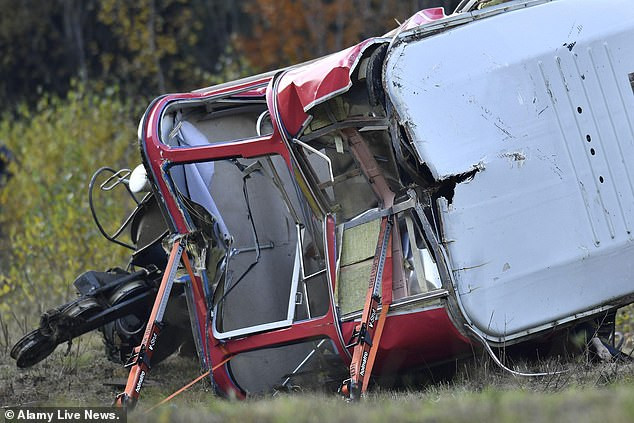 One person has died after a cable car cabin became detached from its cable on Sunday, October 31 in Czech Republic.

The victim is believed to be a staff member who was travelling in the cable car alone while others were rescued from another cabin, a rescue service spokesperson said.

The accident happened in Jested, the northern part of Czech Republic.

‘One cabin fell while on its way down. There was one person inside, who unfortunately succumbed to their injuries,’ spokesman Michael Georgiev told Czech Television.

‘Fortunately, the other cabin stayed in its normal place, some 15 people were evacuated, they should be without injuries, just suffered mental shock,’ he said.

Czech Television said the cable car was scheduled to close on Nov. 1 for scheduled maintenance, according to Reuters.

The cable car in Ješt?d is a popular tourist attraction that carried 211,000 people last year and owned by Czech Railways.

It was the first such accident since 1933, back then the accident involved Czech Republic’s oldest cable car.

The crash took place the day before the cable car was scheduled to undergo a planned two-week maintenance.

The tragedy comes just months after 14 people were killed and one child left with serious injuries after a mountain-top cable car plunged 65ft to the ground in northern Italy.

I’ll always be black and proud -Footballer, Wilfried Zaha demands action from authorities after he is racially abused on Instagram