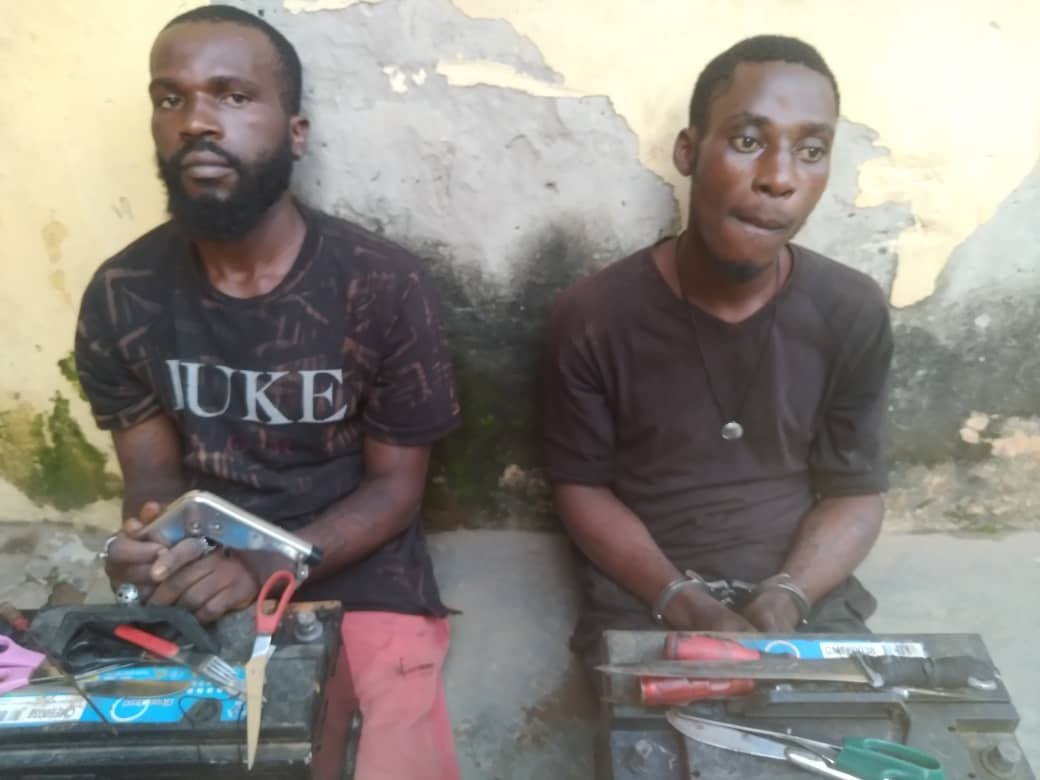 Two arrested while robbing a company in Ogun (photos)

Two suspected armed robbers, Edehikenna Daniel Stanley and Segun Tope were on Saturday, October 30, arrested by men of Ogun state police command while carrying out a robbery operation in a company situated at Ota industrial Estate.

The suspects were arrested following a distress call received by the policemen in Onipanu divisional headquarters at about 3 am that robbers have invaded the company and holding the security men their hostage.

Upon the distress call, the DPO Onipanu division CSP Bamidele job quickly mobilized his men and moved to the scene. On sighting the policemen, the hoodlums who had stolen two heavy industrial batteries took to their heels but they were hotly chased and two of them were apprehended.

Confirming the incident, the spokesperson of the state police command, DSP Abimbola Oyeyemi, said items recovered from them include two industrial batteries, a toy gun with which they used to instill fear in the mind of the security men and two knives.

The two suspects have been transferred to the state criminal investigation and intelligence department on the order of the commissioner of police CP Lanre Bankole for discreet investigation.

Knifeman, 24, dressed in ”Joker” costume stabs 10 people in Tokyo train rampage before ‘spraying acid on passengers’ and setting the carriage on fire (photos)