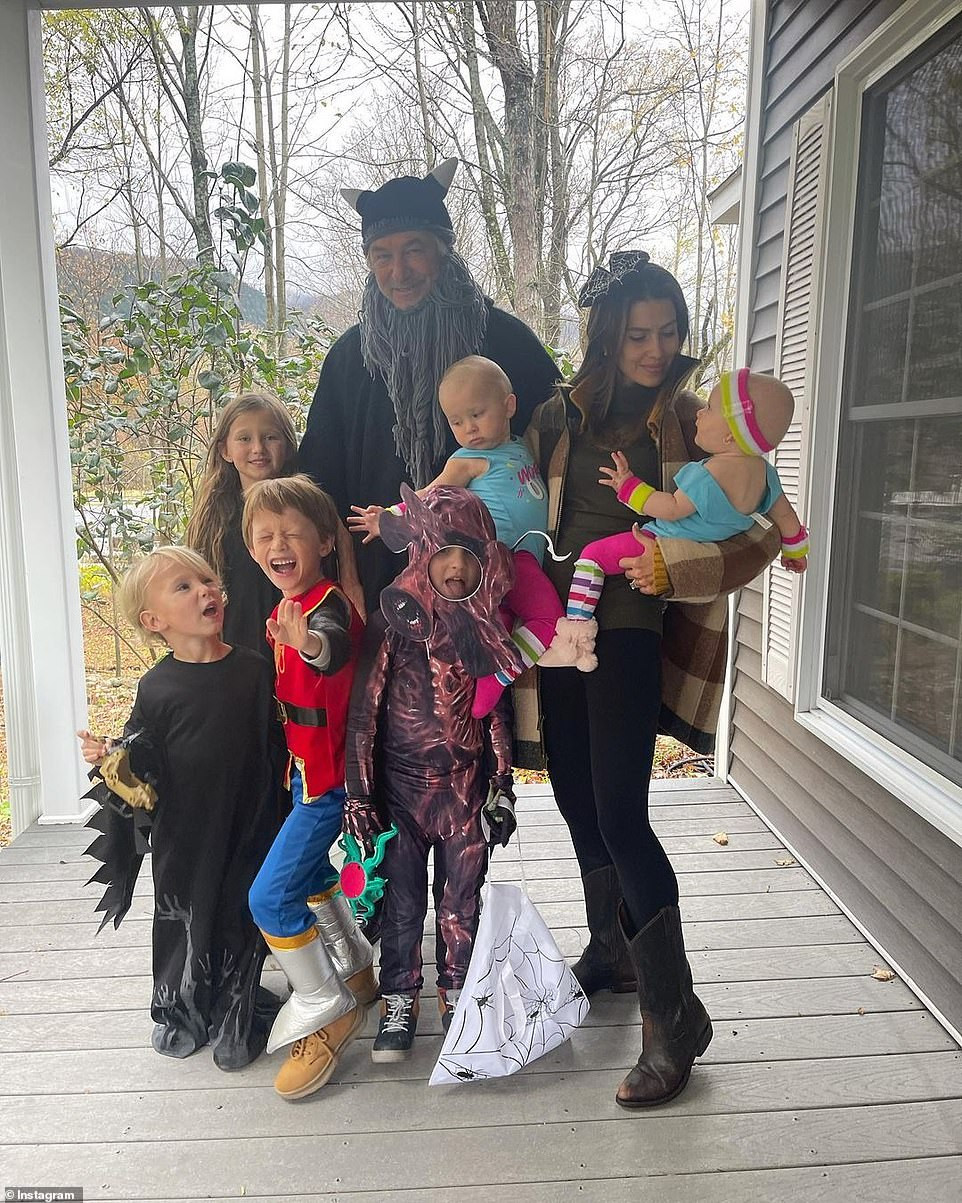 Hollywood Actor, Alec Baldwin and his wife, Hilaria Baldwin have been pictured celebrating Halloween with their six children.

Hilaria posted photos of the family’s costumes on her Instagram account just hours after the Los Angeles Times released a report alleging three other accidental shootings occurred on the ‘Rust’ movie set just before the accidental shooting of cinematographer Halyna Hutchins.

In another instance, a props department worker ‘actually shot herself in the foot’ with a blank.

At the moment, Baldwin faces no charges and the investigation is still ongoing.