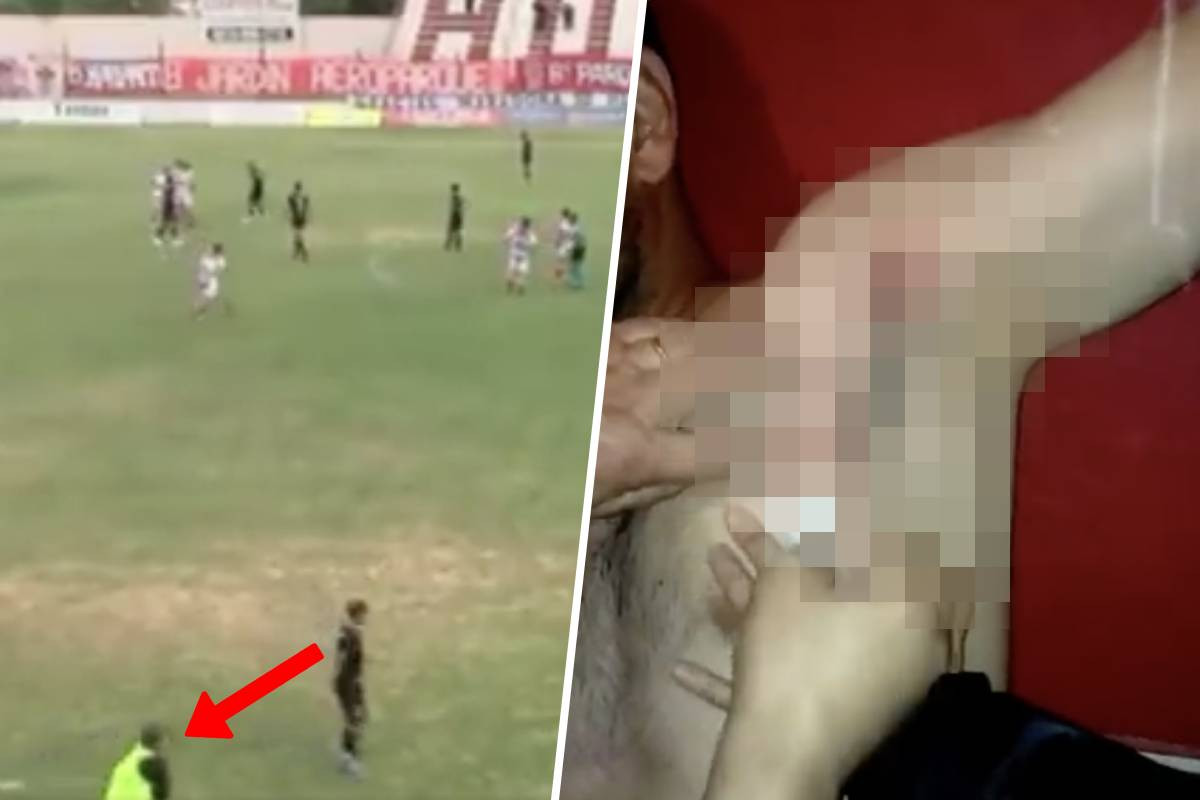 A football coach was shot in the shoulder in Argentina on Sunday as Huracan Las Heras fans fought amongst themselves with the violence spilling onto the pitch during a third-tier match in Mendoza province.

The game, which was a third-tier match, descended into chaos after gunshots were fired following disturbances in and around the ground.

Videos have emerged since showing players from Huracan and opponents Ferro de General Pico scrambling for safety as other fans escaped the scenes.

Witnesses said that the shooting started outside the stadium but continued inside as hooligan home fans tried to force their way into the ground.

It was confirmed by Ferro that Romero was okay after treatment on the wound after tweeting an update.

“Romero is doing well and out of danger,” Ferro tweeted. “After leaving the stadium he underwent tests in a local hospital and is now giving a statement to police.”

“Why are they in the same hotel?” – Fans raise eyebrows as shippers serve exotic breakfast in bed to BBN’s Saga and Nini (Video)