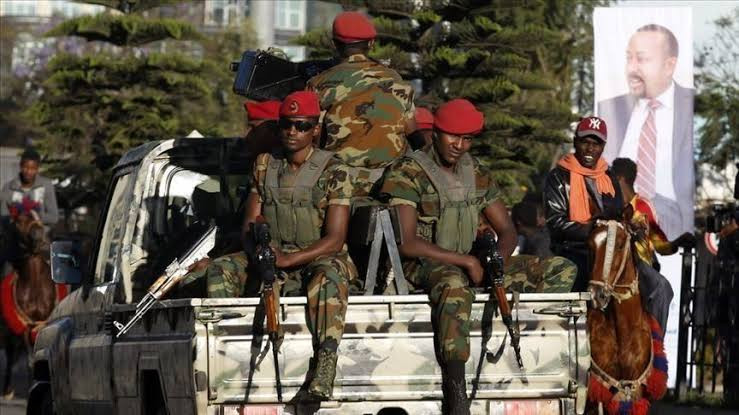 Ethiopia’s Prime Minister, Abiy Ahmed, has appealed to citizens to take up arms to block advancing rebel fighters in the Tigray region of the country.

He made the call after the rebels, from the northern Tigray state, reportedly seized control of more towns in neighbouring Amhara.

The US has called for a ceasefire in a year-long conflict between the Ethiopian army and The Tigray People’s Liberation Front (TPLF)
that has created a humanitarian crisis.

In his statement on Sunday, October 31,Mr Abiy said the rebels’ advance was “pushing the country to its demise”.

He urged citizens to “organise and march through [any] legal manner with every weapon and power… to prevent, reverse and bury the terrorist TPLF”, according to a translation on the Addis Standard news site.

His comments coincided with the rebels reportedly capturing the strategic towns of Dessie and Kombolcha in Amhara state, just over 300km (186 miles) north of the capital, Addis Ababa.

In a tweet on Monday, the Ethiopian government said the rebels “summarily executed more than 100 youth residents” in the Kombolcha area.

Meanwhile the TPLF has not commented and there has been no confirmation of the killings.

Thousands of people have been killed in the war, millions displaced and hundreds of thousands are facing famine conditions, the UN says.

Both sides of the conflict have also been accused of committing war crimes, but they both deny the allegations.

The war broke out on 4 November last year, when Ethiopian Prime Minister Abiy ordered a military offensive against regional forces in Tigray.

He said he did so in response to an attack on a military base housing government troops there.

The federal government’s renewed air and ground offensive has failed to halt the rebels’ territorial gains.