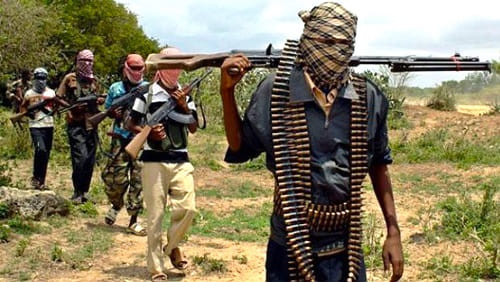 It was gathered that the incident happened around 11:47 p.m on Friday, October 29, when the gunmen invaded the religious leader’s house in the community.

According to neighbours of the cleric, some of the gunmen positioned themselves at strategic places shooting into the air, while three others scaled the fence of the victim’s house.

The gunmen shot and destroyed both the front doors and rear doors before they gained entry into his room and whisked him away alongside his two sons.

A family member of the Chief Imam, who preferred anonymity, said that the kidnappers have contacted the family and demanding for N10 million ransom.

Spokesperson of the FCT police command, DSP Adeh Josephine, who confirmed the kidnap said investigation is ongoing while effort was also on by the police and vigilante to rescue the victims.

“The FCT police commissioner, CP Sunday Babaji, also urges members of Yangoji community to remain calm and provide any information that will help the police in arresting the suspects.” she said.

Building under construction collapses along Mosley Road in Ikoyi (photos/video)

Tega’s husband, Chris Lawrence comments on a post warning that people who let their spouses go for Big Brother Naija might lose them