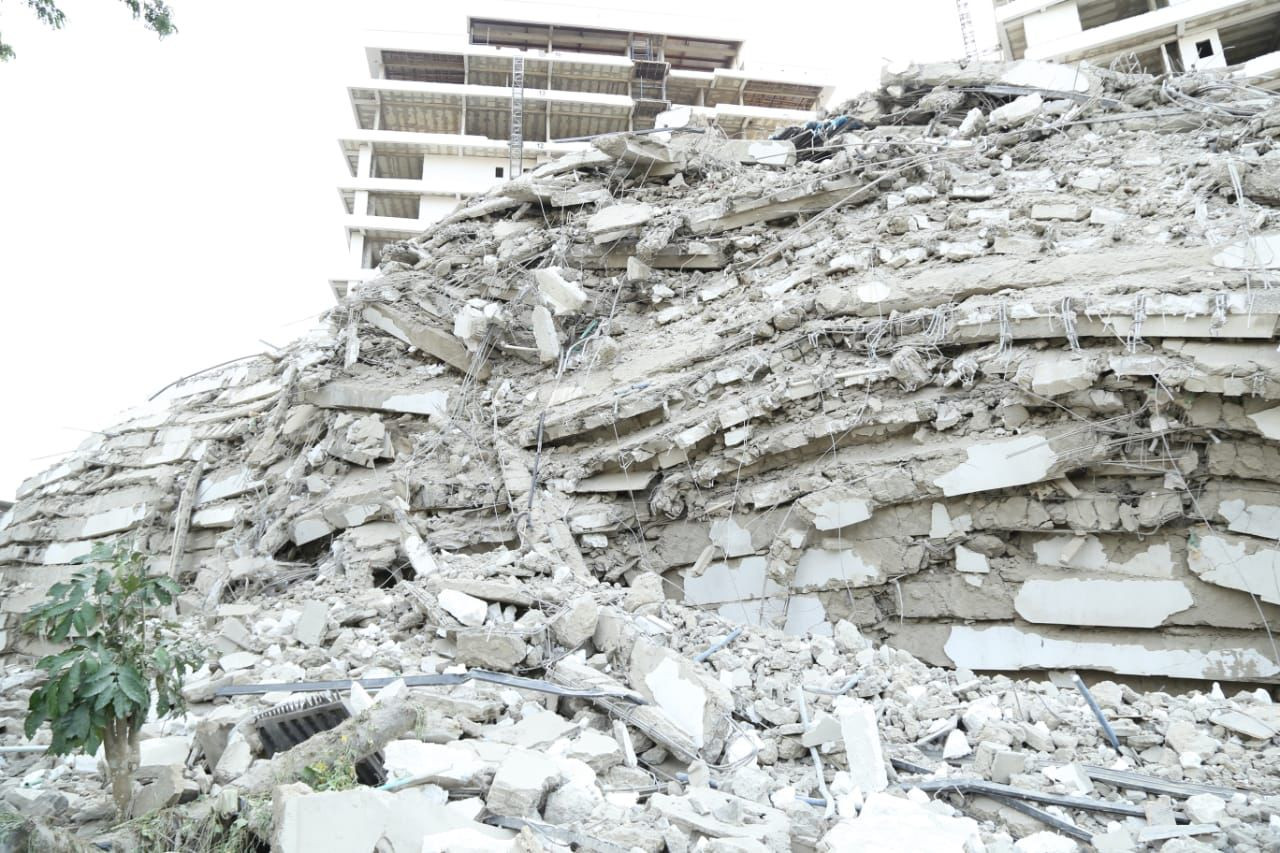 Owner of collapsed skyscraper in Ikoyi trapped inside rubble

A Nigerian man who witnessed as the 21-storey building collapsed in Ikoyi claims the owner of the skyscraper is trapped with the other victims.

The building located on Gerard Road, Ikoyi collapsed this afternoon with an unspecified number of persons trapped inside. Three persons have been rescued while NEMA has so far confirmed two persons killed.

The witness, who identified himself as Morris Ashiru to journalists, said he and some of his friends came to work at the construction site and that the owner of the building, alongside a lot of people, are still trapped in the ruins of the collapsed skyscraper.

“Everybody was working. A lot of people came here from Abuja. The owner of the building is inside. He brought some clients to inspect the building.”