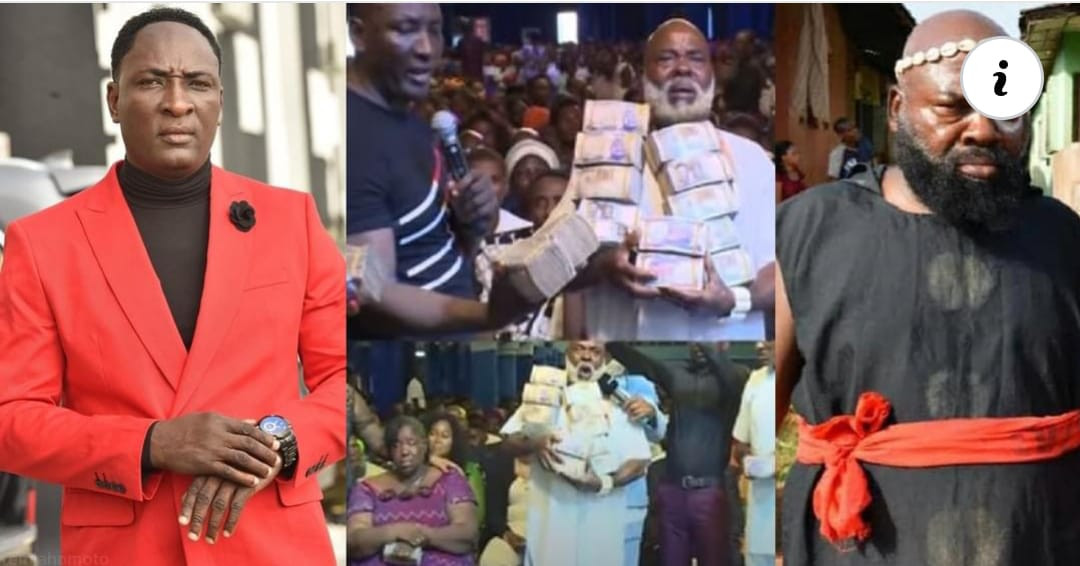 While two other actors, who were with Chukwuemeka received additional N1 million, bringing the gift to N7 million, the actor, who is currently battling for his life stated that the gesture from the man of God was shocking.

Chukwuemeka, while narrating his ordeal said the state of his health had degenerated in 2020 as a wound, which developed in his buttocks was operated in Owerri.

The development, however, did not abate, stressing that a special type of diabetes he has been battling with kept worsening his situation.

He had made a video begging people to help him live on social media. It’ll be recalled that on the 23rd of October 2021, just last week, Popular Nollywood Actor, Yul Edochie had posted the video on his verified Instagram handle.

Chukwuemeka had disclosed in the video that he was also close to going blind as cataract had already developed in one of his eye.

He noted that the worsening health challenge had developed into a partial stroke while calling on Nigerians to help him.

Fufeyin, renowned for philanthropy said he had noticed the video online and was touched about the actor’s predicament.

Fufeyin had during the Sunday Service of 31st of October 2021 at his church called out the actor and provided him with cash for the hospital bills while praying for him and others who were at the service with him.

Reacting to the gift, Chukwuemeka said

“I want  to thank God for this wonderful gesture from the Senior Prophet of God, Prophet Jeremiah Fufeyin. I am so happy. I never expected this. Even though I know that he helps people financially and otherwise. I never knew he was going to give me huge amount of money like this. I want to thank members of the church. I want to thank the prophet of God.”

Popularly called Owomowomo, Fufeyin has being in the news for the good reason, especially in ways of helping society through his foundation.

Just recently , he displayed same gesture to Actor Leo Mezie, who was battling with Kidney complications by providing him with N3million in April 2019 in the company of Kanayo O. Kanayo and many others. Also in 2016, Prophet Fufeyin supported late actor  Ernest Asuzu with an SUV Jeep worth 4million and cash gift of  2Million to start a new life to mention a few.