Popular Nigerian singer, Zlatan and his baby mama, Davita have served hot couple goals in new videos of them that surfaced online.

In a video that was shared by comedian, Broda Shaggi and reposted on Davita’s Instagram story the love birds who were together in a car teased each other with a kiss and all lovingly looked at themselves. 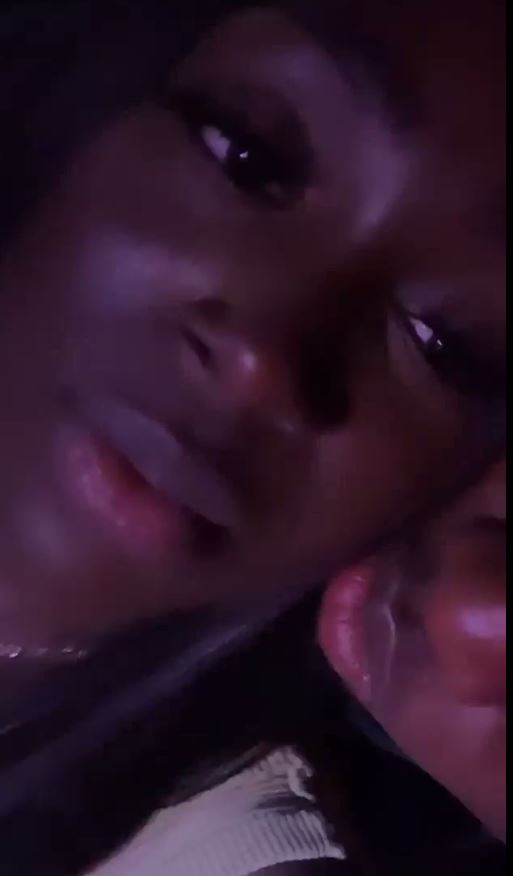 In another video that found it’s way to the internet, the couple were all loved up and Zlatan showered kisses on his baby mama, Davita’s face.

The adorable videos have left their fans and followers gushing over the chemistry between them.

In other news, Davita Lamai, baby mama of popular Nigerian singer, Zlatan has given an epic reply to a fan who asked if she loves the singer enough to marry him.

The mother of one recently hosted a question and answer session on Insta-stories, where her fans were allowed to ask her anything they wish to know about her.

However, most of her fans where curious and eager to know everything about her relationship with her baby daddy, Zlatan.

A curious fan asked if the London based 23-year-old lady was really in love with the ‘Bolanle’ crooner.

Davita gave a savage response and asked the fan if she would love to be with Zlatan Ibile instead, “Why? Do you want him”, she wrote.

State of 21-storey building in Ikoyi, Lagos before it collapsed (Photo)