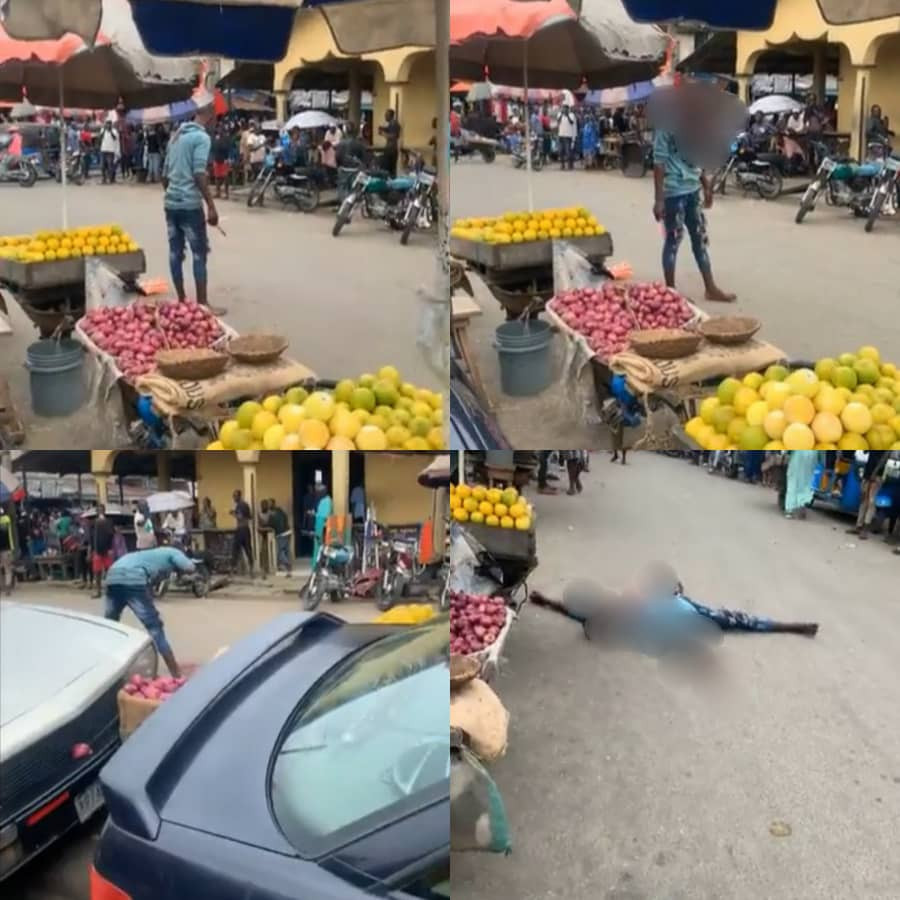 Bizarre! Young man cuts his throat and stabs himself in apparent attempt to commit suicide on the streets in Sapele (video)

A yet-to-be-identified man caused a scene along Market road in Sapele, Delta state this afternoon after he stabbed himself and attempted to slit his throat.

The man who dressed in a shirt and jeans short looked disturbed as he stabbed himself first in the stomach before attempting to slit open his throat. No one made attempts to stop him from harming himself.

Watch a clip from the scene below

If you’ve been experiencing financial crises since you met your partner, my dear run