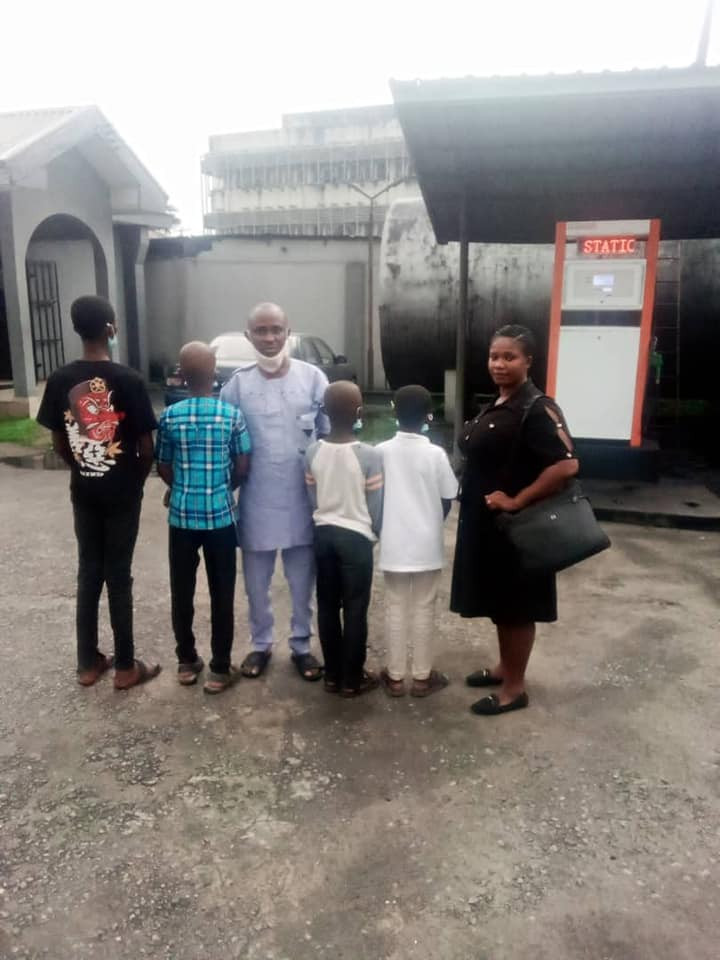 LIB had reported that the suspect identified as Joshua Efe aka Ekpeye was allegedly caught while sexually molesting the minors aged 9,11 and 12 years at Diobu Mile 3 area of Port Harcourt.

Oguguo ordered that Efe be remanded in the Port Harcourt Correctional Centre and adjourned the case to November 18 for hearing.

“In the picture is a lawyer Mrs Jane. O.Okpamen holding watching brief for the four complainants on behalf of Centre for Basic Rights Protection and Accountability Campaign and Prince Wiro, National Coordinator of the Centre with the four teenage boys after the court sitting on Monday evening.”