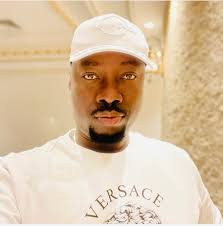 The Economic and Financial Crimes Commission EFCC has granted administrative bail to socialite and businessman, Obinna Iyiegbu aka Obi Cabana.

He was arrested on Monday, November 1, and spent the night in the antigraft agency’s facility.

A source close to the case confirmed to Vanguard that the socialite had been granted bail but was yet to perfect the conditions attached to the bail for his release.

“Yes, he has been granted bail but he is yet to meet the conditions for his release” an official said