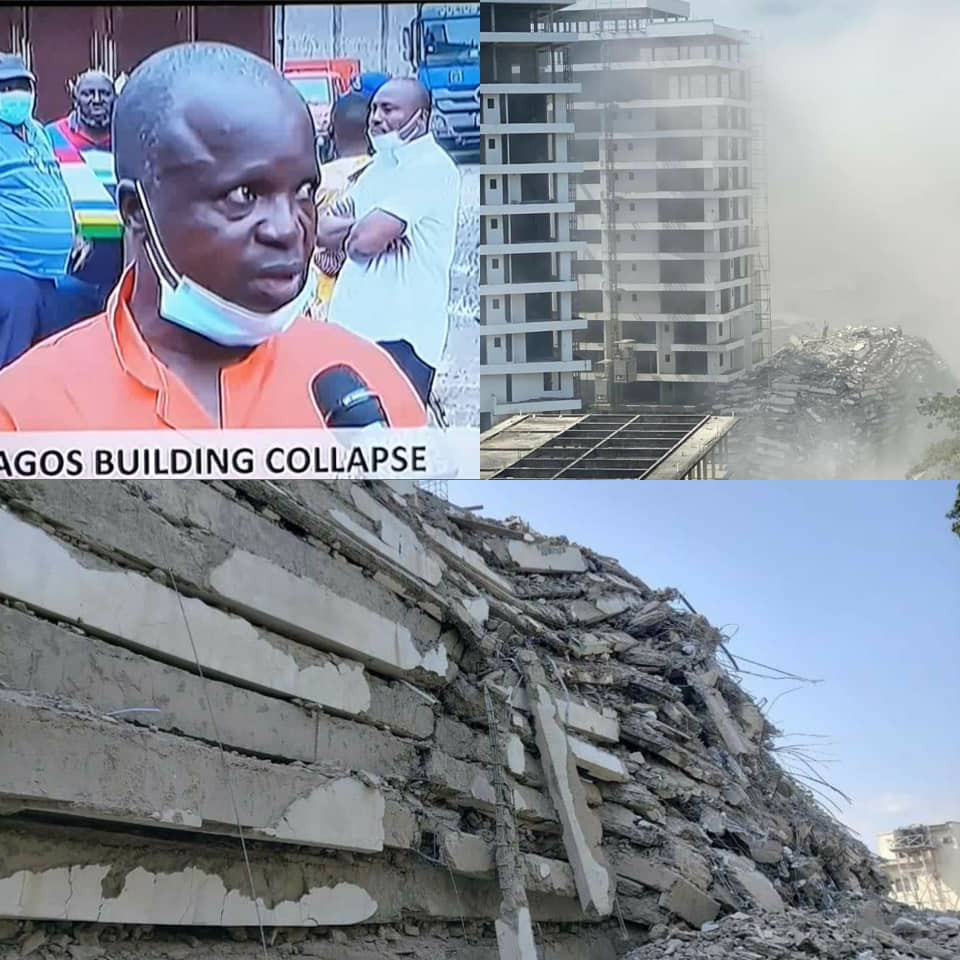 An official of the National Emergency Management Agency, Mr Ibrahim, says voices have been heard from under the rubbles of the 21-storey building that collapsed in Ikoyi, Lagos state on Monday, November 1 and that efforts are being made to rescue those people

Ibrahim in an interview with Arise TV this morning said;

”Yesterday night we were able to recover another body. We now have five alive, four dead. We had a little break of about one to two hours. By the time we woke up, we were hearing voices underground and that is what we are now trying to do. The heavy weight on top, we want to bring them down to get to them. We have isolated their locations already and we are trying to get to them”