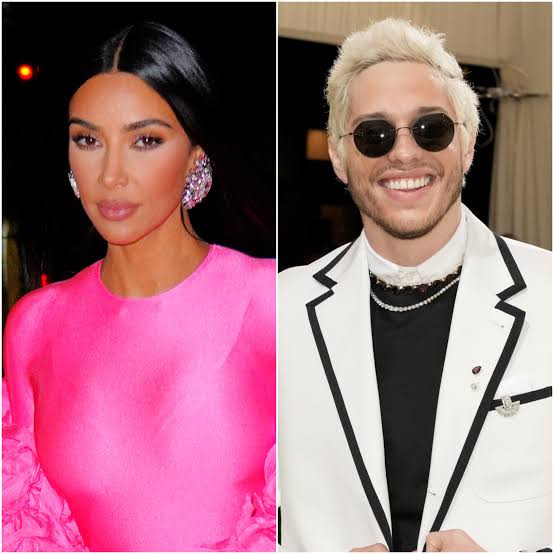 Kim Kardashian, 41, and actor, Pete Davidson, 27, are reportedly having ‘fun together and have chemistry’

New reports claim Kim Kardashian is finally ready to date after splitting with husband, Kanye West and has chemistry with actor/comedian Pete Davidson.

According to a new report from People on Tuesday, November 2, Kim, 41and Davidson, 27, are having fun together and also have chemistry with one another

This comes almost a month after the two kissed on the lips during an early October SNL skit when she played Princess Jasmine and he played Aladdin as they sat on a flying carpet.

It also comes days after they were seen holding hands on a roller coaster at Knott’s Scary Farm in Buena Park, California on Friday, last week.

An insider for People Magazine said the pair are having ‘fun’ together and added: ‘Pete can be super charming and Kim loves the attention.’

Kim filed for divorce from husband Kanye West in February after almost seven years of marriage and seems now ready to finally enjoy the single life, the magazine says.

The source for People said: ‘She is having fun and enjoying life. Her focus is still on her kids and work, but you can tell that she is ready to date.

‘She is very happy and in a good place. She has moved on from Kanye and feels it’s for the best.

Just on Monday, November 1, Kim arrived in Pete’s hometown of New York City as she accepted the WSJ. Innovator Award.

Pete Davidson has also landed back in New York to prepare for this week’s episode of Saturday Night Live, according to PageSix.

Housewife arrested for planning to kidnap her ‘stingy’ husband (Photo)

Racism : BBN Star, Tacha, shares her encounter with an airport staff in Netherlands