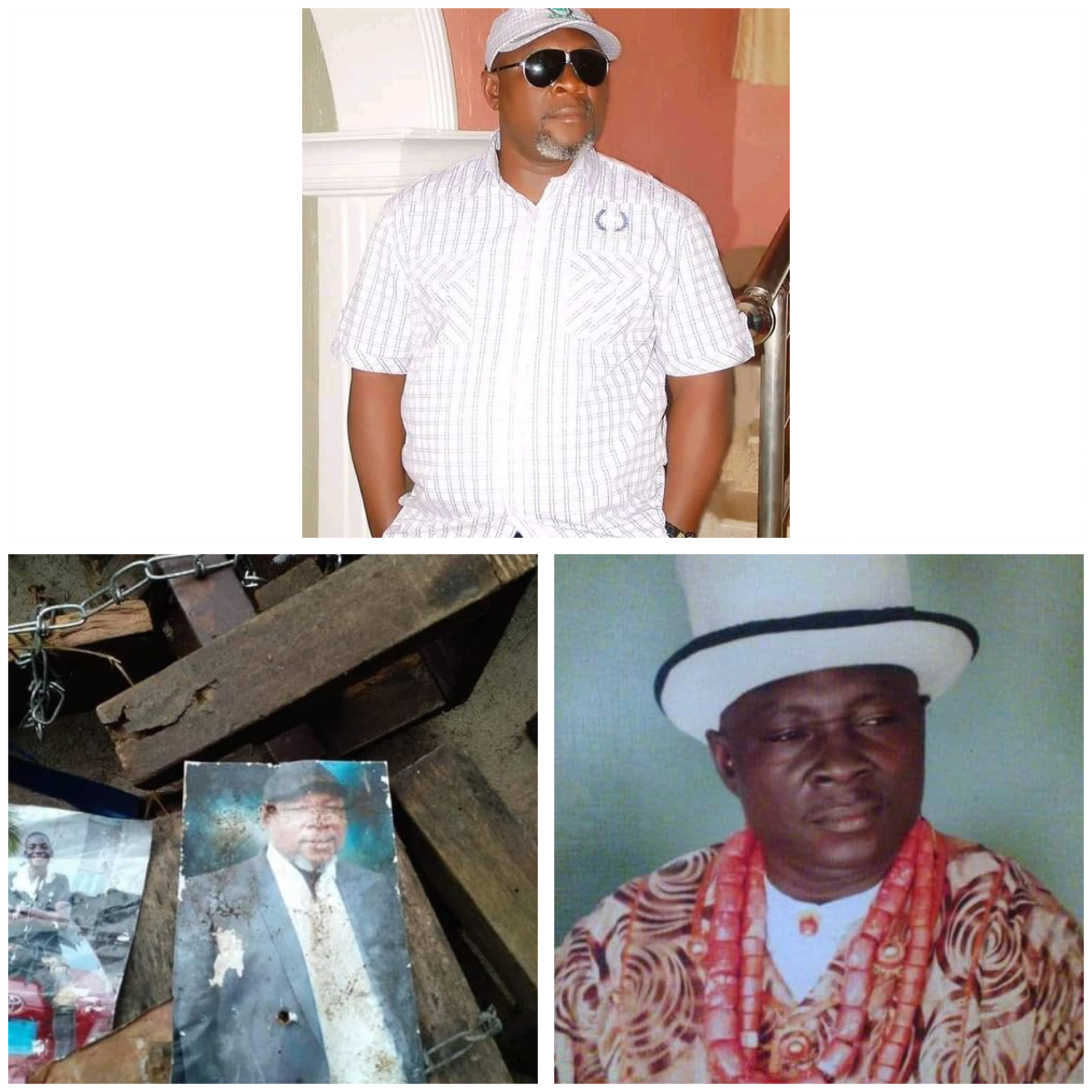 Photo of Bayelsa politician, Olalibo Osain Ibokolo among pictures uncovered in a shrine in Rivers state

A photo of Bayelsa politician, Olalibo Osain Ibokolo, was among those discovered in a shrine in Rivers State.

LIB reported that photos of different men and women “in chains” were uncovered in a shrine in Ahoada local Government Area of the State.

The discovery was made after the native doctor who is originally from Delta state was allegedly caught burying a three-month-old baby alive.

Ibokolo, a former Ogbia Rep to ex-Bayelsa Governor Dickson, also confirmed that it was his photo by sharing Facebook posts on the incident.

Confirming the development, media practitioner and aide to Bayelsa State Governor, Bodmas Prince Kemepadei, said that the discovery shows that most political leaders are under a spell.

“More Bayelsa leaders may be under a spell. Below in particular, is picture of a Bayelsa Politician, Olalibo Osain Ibokolo, former Ogbia Rep to former Gov. Dickson, was found amongst the pictures bursted alongside others in the shrine of an engenni born witch Doctor residing in Edeoha in Upata Ekpeye, Ahoada,” he wrote.

“The witch doctor was caught while attempting to bury a 3months old baby alive. It is also reported that so many person’s since the incident, have received miracles, deliverance and healing in different parts of the country

“This may be a confirmation that more of Bayelsa political leaders are under a spell, we need more of the annual thanksgiving programme, Bayelsa state must be delivered.”

Even Jesus went through something worse