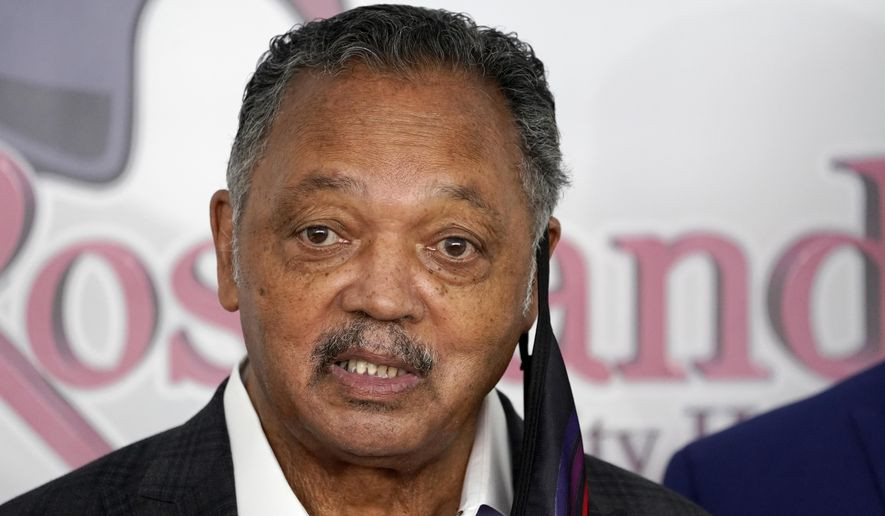 Rev. Jesse Jackson has been hospitalized after falling at a protest at Howard University,  Jackson’s Rainbow/Push Coalition said in a statement on Monday night November 1.

Jackson had been in Washington D.C. to support students concerning their complaints about rodents, flooding, and mold in their resident halls at the Historically Black University when he fell and hit his head.

The statement said a CT scan and other tests “came back normal,” and that he was only hospitalized overnight so that doctors could continue to monitor his health.

The 80-year-old civil rights leader was attending a town meeting with Howard University President Wayne A.I. Frederick and a group of students who have been protesting over mold and rodents in their residential halls, the statement said.

According to CBS News, the students have spent weeks protesting what they say are “unlivable” housing conditions and a scarcity of housing on campus.

When he entered a campus building, he “fell and hit his head,” according to the statement. It is not clear what caused Jackson to fall.

He was brought to the Howard University Hospital, where doctors decided to keep him overnight for observation. Howard University said Frederick joined Jackson in the hospital, adding, “Our prayers are with the Jackson family.”

Back in August, both Jackson and his wife were hospitalized after testing positive for COVID-19. He was later transferred to a rehab facility to help treat his Parkinson’s disease.