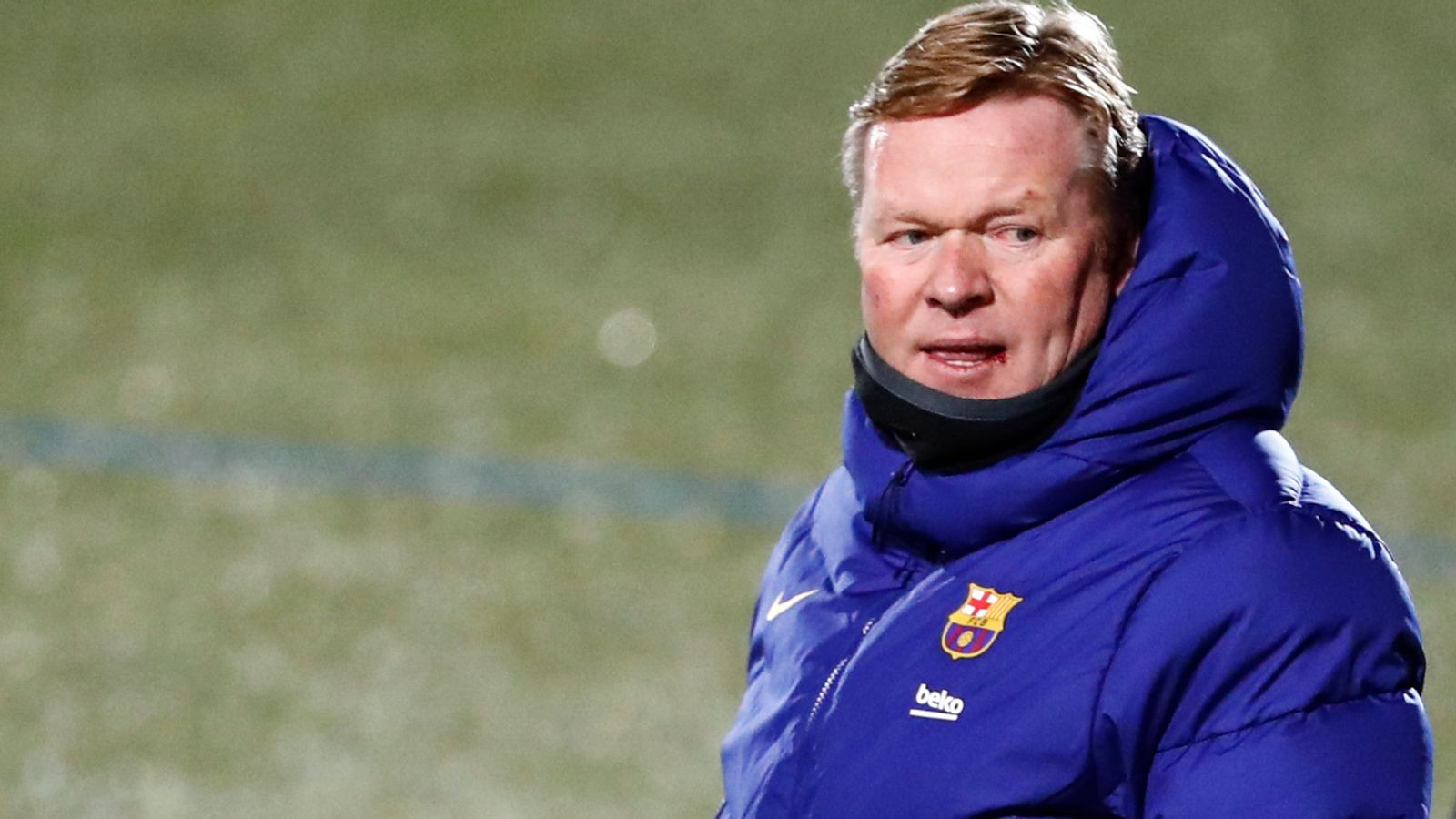 Ronald Koeman is reportedly refusing to take a £4million hit on his Barcelona pay-off following his sacking.

The Dutchman’s 14 months in charge of Barcelona came to an end after the club’s defeat at Rayo Vallecano last week following their worst start to a season since 1987-88.

According to Sportsmail, the former Everton and Southampton boss was set to get a £10m pay-off as a result of the decision made by club president Joan Laporta and the board.

But according to Catalan television channel TV3, the club now only want to pay the 58-year-old £6m, something he is unwilling to accept.

A journalist from the channel, Lluis Canut, told Radio Catalunya via SPORT: ‘It’s €12m (£10m) but I want to clear up that in this, there’s nothing to do with the money paid to the Dutch federation (to sign him), that was €5m (£4.2m) that Barcelona paid straight away.

‘I don’t know if in these 12 it includes what has to be paid for his technical team or it’s just him, taking into account that he delayed 45 per cent of his salary last season because of the pandemic.

‘In the first conversations they had they asked him to take a cut of around seven or 8m (£4m), far from the 12 they have to pay him.

‘It’s a contract signed by both sides, not by the current board but it’s a recognised contract and it’s not about letting them off, it has to be paid.’