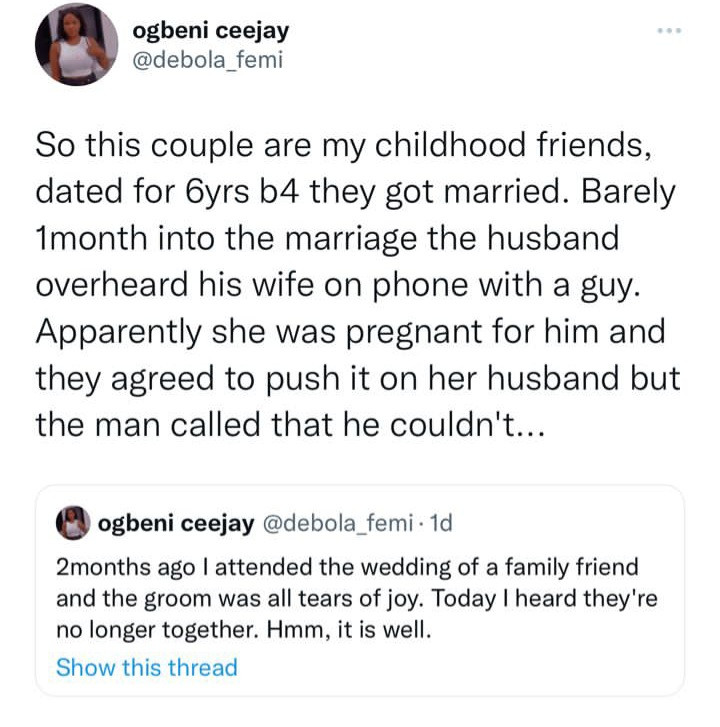 Twitter users are having a conversation on marriage after another user shared the story of a couple who split barely one month into their marriage.

The couple dated for 6 years and got married only for the groom to overhear his wife talking on the phone with a guy. He realised from the conversation that his wife is pregnant for the guy but tried to pass off the pregnancy as his.

Some Twitter users have said such would never have happened if the couple had co-habited before marriage.

However, others are of the opinion that the incident shouldn’t have destroyed their marriage if they understand that love is not “an emotion” but a “conscious effort of commitment and decision to stay with one person” and make their marriage work against all odds.

Racism : BBN Star, Tacha, shares her encounter with an airport staff in Netherlands