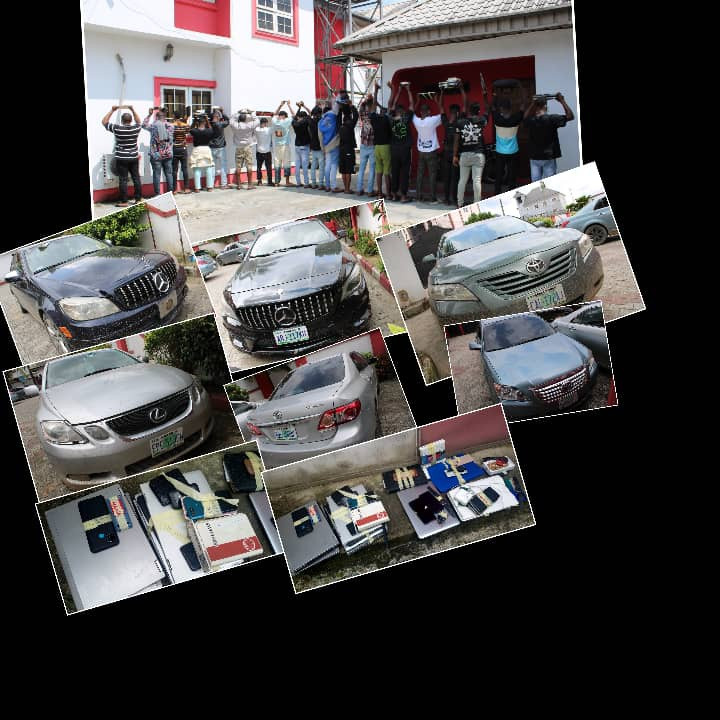 At the time of their arrest, the following items were recovered from them: Two Mercedes Benz C300, a Lexus 300 Saloon car, a Toyota Corolla Car, and Two Toyota Camry cars (Spider). Over ten Laptops, several mobile phones, and wristwatches were also recovered from them.

The suspects will be charged to court as soon as the investigation is completed.