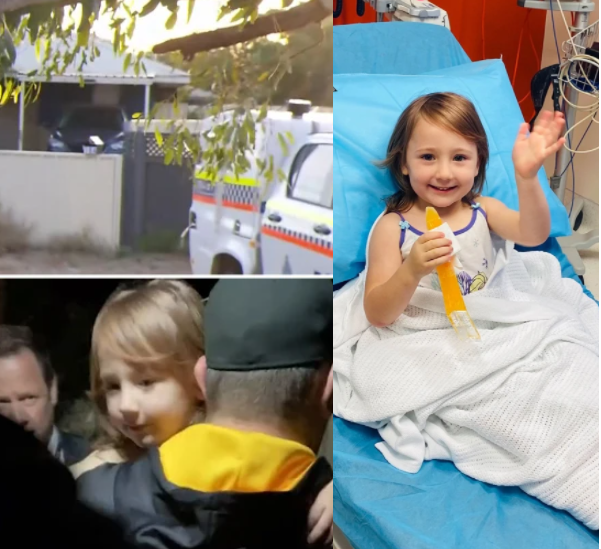 A 4-year-old girl, who disappeared from a campsite in Australia more than two weeks ago, has been found alive and well.

A team from Western Australia Police found the little girl inside a room in a locked house after carrying out a raid in the early hours of Wednesday morning, November 3.

A 36-year-old man was also arrested in the raid.

The mum of four-year-old Cleo Smith, said “our family is whole again” after her daughter was found.

Police veterans were emotional and cried happy tears when they watched body-worn footage of the moment one of the officers carried the missing girl and she said: “My name is Cleo.”

The case had both horrified and captivated the nation, with Prime Minister Scott Morrison telling reporters on his way home from the Cop26 summit in Scotland: “It’s every parent’s worst nightmare.

“The fact that that nightmare has come to an end and our worst fears were not realised is just a huge relief, a moment of great joy.

“This particular case, obviously, has captured the hearts of Australians as we felt such terrible sorrow for the family.”

Soon after the rescue, Cleo was reunited with her mother Ellie Smith and stepfather Jake Gliddon.

Police also posted a photo of the little girl beaming from a hospital bed while clutching an ice lolly, with the caption: “The miracle we all hoped for.”

Cleo had disappeared along with her sleeping bag on the second day of a family camping trip at the Blowholes Campground, 47 miles north of Carnarvon, where the family lives.

A massive land and sea search was carried out on the assumption she had simply wandered off.

But evidence soon pointed toward something more sinister having taken place.

The zipper on a flap of the tent compartment where Cleo and her sister were sleeping was too high for her to have reached.

A vehicle was also seen speeding away from the area under cover of darkness.

The state government put up a $1 million reward for information as they searched for her.

He said she is “as well as you can expect”, adding: “This has been an ordeal. I won’t go into any more details, other than to say we’re so thankful she’s alive.”

New South Wales Police Commissioner Mick Fuller said Mr Dawson told him he had broken down in tears when she was found.

He told Sydney Radio 2GB: “He broke down and cried, which for a veteran in policing, you rarely see that.

“It speaks volumes in terms of the amount of effort they put into finding her.

“Whilst we were all hoping and praying as the days went on, I think the chances of finding her alive were so slim.”